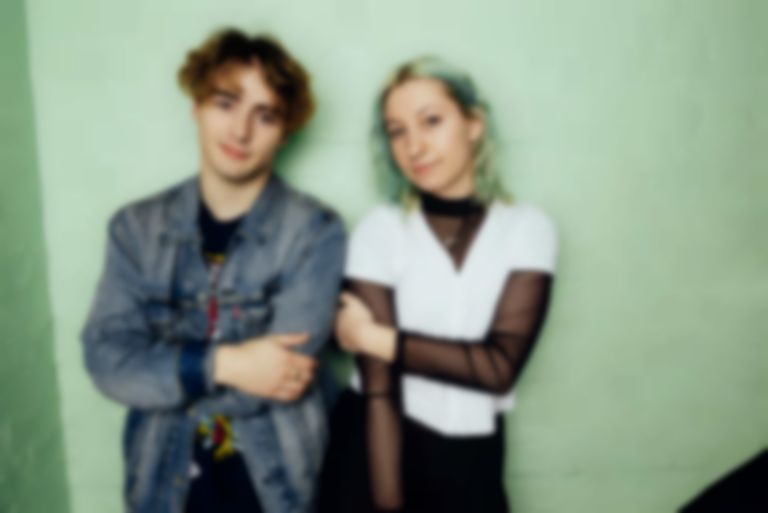 Alfie Templeman continues his reign over the indie landscape with the announcement of his fourth EP Happiness In Liquid Form along with his latest single “My Best Friend”, featuring Chess Club Records labelmates Coach Party.

Seventeen-year-old indie-pop wunderkind Alfie Templeman has teamed up with Coach Party to create his darkest track yet, “My Best Friend”. It's released ahead of his fourth EP out this July, following his prior extended plays: 2018’s Like An Animal, and last year’s Sunday Morning Cereal and Don’t Go Wasting Time.

Enlisting Isle of Wight grunge-poppers Coach Party, Templeman brings us the pensive new single “My Best Friend”. Sunny, buoyant and kaleidoscopic tracks have been a running theme throughout his past releases, but this time around, Templeman expands his musical palette and showcases a sound - and a mood - that we haven't heard from him before.

Menacing production leers over the track, mirroring its lyrical themes of depression and reminding us of the intrusive, domineering nature of depressive thoughts. Templeman explains, “It’s about depression and sadness being the only thing that really sticks around and lurks behind everything you do. It’s as if these feelings are the closest thing to you, like your best friend.”

Coach Party’s lead vocalist and bassist Jess Eastwood adds: “I instantly related to Alfie’s lyrics and the meaning behind it. Let’s be real, we all get sad, it never does leave permanently, so making a song about it and taking a different look on it is a really cool move, not to mention it’s a shit hot tune. I felt incredibly lucky to feature on it as Alfie will defo have a legends slot at Glasto in 30 years.”

Templeman's new EP's title track and first single “Happiness In Liquid Form” (written with Justin Young of The Vaccines) further cemented Templeman’s indie-pop credibility, becoming the perfect introductory track to the next stage in his bright career. With half a million monthly listeners on Spotify, his influence over the indie spectrum continues to soar.

“My Best Friend” is out today and Happiness In Liquid Form will be available 15 July via Chess Club Records. Find Alfie Templeman on Instagram.