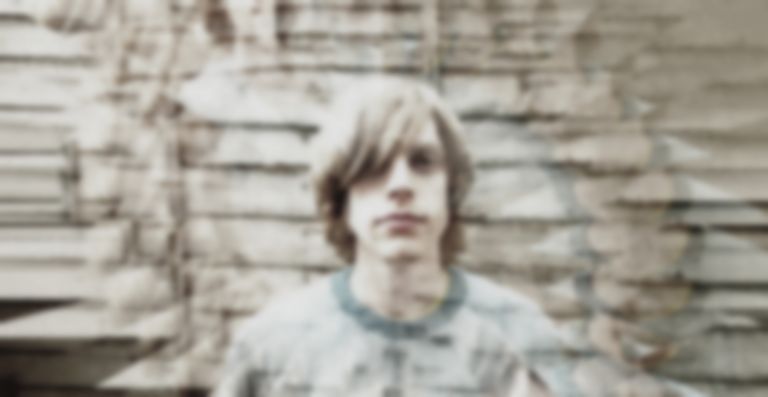 I’m not in the business of myth-busting, but before I speak to Robin Edwards - the man behind the music of R. Seiliog - I’m thinking to myself that surely it’s too good to be true that he was born in the basement of a watchmakers in North Wales.

It’s just too good to be true; it links too perfectly into the music that R. Seiliog makes: hypnotic, repetitive rhythms that attempt to marry the questing and inquisitive nature of Krautrock (Cluster, Neu! and Harmonia are clear influences on this music) to the rigid structures of minimal techno and house. The metronome, the syncopation - it must have seeped into Edwards’ psyche as a child in order for him to make this music, right? Well….I’ll reveal the results of the attempted myth-busting shortly.

Over the last few years R. Seiliog has released two excellent records: 2012 saw the Shuffle EP released, finding Edwards absorbed in synth music and creating long and involving pieces from electronics, while last year’s Doppler mini-album switched the focus from electronics to guitars as R. Seiliog went full-on Krautrock. Later this year we’ll finally get a full-length debut album in the shape of the fantastic In Hz. The Kosmiche is still present, but this feels like a house record. The rhythm is the star, and it’s as much dance music as it is head music. Our highlight is “Wow Signal” - which we’re hosting an exclusive first listen of below.

I recently caught up with Robin over the phone to chat about his musical progression. Of course we had to start with this watchmakers business…

Hi Robin, let’s start at the beginning and clear up the apocryphal: were you actually born in the basement of a watchmakers’ shop?

​To be completely honest, it was a really early press release and I never bothered to change it, or correct it! I’m going with it, though, because I like the theme of being born in the basement of watchmakers: you’re starting off at the bottom of time, you know? So everyone is born into time…and yeah, I’m just running with it because who do you tell that it’s not true? How do you stop it? It’s too late now!

I liked the idea that you were born into total darkness with no sunlight in your life, it seems so absurd. So, no watchmaking in the family?

My mother was a piano teacher, so I could hear all that stuff going on downstairs all the time, and you could hear the timings going so I suppose there’s a bit of syncopation going on when I was growing up but no, there was no watchmakers.

I guess if your mother was a piano teacher there’s always been music in your life?

Yeah totally! Before I was born I’m sure I was hearing music, and it’s always been a musical household but without even realising it growing up. When you’re young you don’t realise that everyone doesn’t grow up the same way.

So was piano your first instrument?

I kind of messed around on the piano, but because that was my mum’s thing I wanted to get on the guitar - so that was my first instrument but I’ve been messing around with pianos, and there was a harp in the house as well. I was fascinated with the bottom string, the lower strings, of the harp because you could pluck them and watch the phase of the string move, and as I’ve got older I’ve realised that that sound has been a massive part of my life!

Do you remember when you first started to make music properly?

I started recording on to tape when I was about eleven, but when I was sixteen I went to college and they had computers to record on, so I borrowed some stuff from there and it kicked off from there. I started home recording straight away, and I haven’t stopped since!

What or who influenced you? Was there anything you heard that made you think “I’d like to make music like that!”?

I think I always had concepts in my mind of sounds I’d like to have put together but they didn’t really sound like anything I’d come across before. But then I heard Cluster - and stuff like that - and I thought ‘that’s what I’m going for!’ So I got into them when I was about sixteen…

Was it not til you moved to Cardiff that you started to properly forge a career in music?

I’ve been in bands since my school days, so I’ve always been making music with other people - and I’d been recording at home, just for the fun of it - and when I got to Cardiff I started making my own stuff, saving them so they became their own thing.

You’ve also drummed for H. Hawkline and played bass for Cate Le Bon; was this helpful when it came to recording and writing your own music?

I think I’d started the first EP just as I was starting to drum for H. Hawkline, and that was in about 2008 or 2009, something like that. It took a while for Shuffle to come out so I’d already been working on Doppler in those two years while I was thinking of stuff to do with Shuffle, so constantly in that time playing with H. Hawkline I was recording my own stuff as well.

There seems to be a clear journey going on in your releases so far; do you see a progression from Shuffle to Doppler to In Hz?

I just think it’s another sound world I wanted to get into; the first EP is really Krauty and synthy and I deliberately had no guitars because I wanted to get into synths, and then for Doppler I just wanted to make a straight-out Krautrock record and get the whole guitar thing out my system! So this one has been brewing for a while; I’ve always been into minimal techno and musique concrète and noise music, so In Hz has kind of turned out closer to house than noise than I would have expected when I started, but I suppose I used that house-y pulse just to keep everything together. It’s not heading in a direction, it’s just another step to where I want to go. I could easily go back to Krautrock, or anything really - I’m just quite excited about making music!

It’s interesting to me to find minimal techno and Kraut/kosmiche together on a record as the former seems quite structured and rigid, but kosmiche and bands like Harmonia and Neu! are all about breaking structures. Yet both styles are fairly euphoric…

It’s definitely that! And it’s still clashing in my mind; because I’ve just finished working on it I’ve not stepped far enough away to be able to see what it is for myself yet. In my mind they do kind of clash - the house and the cosmiche do kind of grate against each other in a way, but that’s what I wanted. Everything’s full, everything’s mixed right up to the max…it’s in hertz and it’s there, and that’s enough for me in a way.

As well as the clash of styles, you manage to pull off the trick of telling a story or taking the listener on a journey without a lyric to guide us…

I’ve got a massive interest in concrete music and stuff where it’s just all about the sound; I think I’m coming from a place where I just want to make sounds that you can kind of navigate through. It’s just all about the sound and I want to create something euphoric; there’s no message with vocals that I’m trying to get across, there’s nothing political it’s just ‘let’s just crack on with this! I think it’s just an expression of art, isn’t it? Sometimes I think lyrics can take away from something just beause there’s a big piece of music underneath that’s been really thought out and then the lyrics on top might have nothing to do with, or don’t move with, the music. Music has got lots to say anyway, you know?

Where do you record?

I’ve got a little studio in my house; I’m quite comfortable in my own studio doing my own thing…I don’t know if I’m doing everything right but I’m just happy making my tunes here!

What’s the live set-up for R. Seiliog? Do you get to play around with the music?

Playing live we’ve got a three-piece band; we’re still kind of stuck in the Doppler age of playing live where we’ve got this band but it does turn really electronic as well. When you’re performing live within electronic parameters, with samplers or anything like that, everything is synched up and you get really claustrophobic…but sometimes in a live situation you just want to break out of the metronome and just go for it! So what we do is, if something doesn’t seem to work with the electronics and it’s dragging we’ll just not compromise – we’ll take it out, or jam it out. We try to keep as much energy in there as possible.

There seems to be a revival of artists being commissioned to write music these days, for installations or orchestras or whatever. Your music seems suited to that; is it something that would interest you?

Before I’d got involved with the psych bands of Cardiff I was kind of a sound artist anyway. I had one piece that toured Europe and was played underwater through these speakers…so I’d kind of had my eye on that sort of stuff for a while. I’ve been working on…well, I’ve just been constantly working!I love musique concrète , it really gets to me, and I love the concept of detaching a sound from its source and letting that sound be its own sound. I think that’s really cool.

And finally, what will the rest of the year hold for you?

I’ve got some other projects going on; I’ve got some sound commissions with Richard James from Gorky’s so we’re working through some stuff for that at the moment. We’re going to be doing a couple of things after the summer…but just carrying on playing live whenever we can, have fun and not get too serious!

Debut album In Hz will be released later this year.