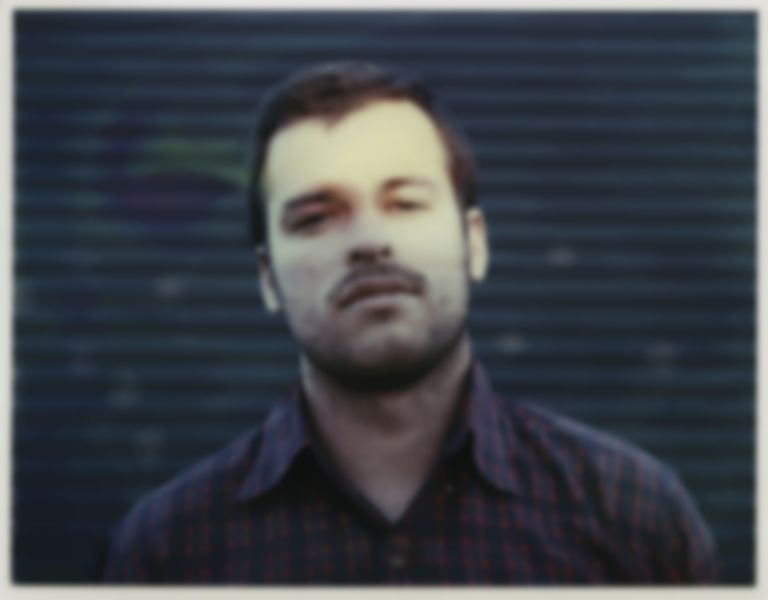 Winston Yellen has zero expectations. Yes, the man behind Night Beds happens to have created Country Sleep, one of the most gentle and soulful albums we’re likely to get this year, but it still feels like a novelty for him to speak to journalists or for anyone to show any interest in his music. He has no presumptions as to how the album is likely to be received, despite the already plentiful accolades seeking to break the dam of his modesty. Winston Yellen’s just pleased people are listening to his songs and, seemingly, he’s happy enough to leave it at that.

Back in 2011, Yellen – who hails from Colorado Springs – rented Johnny Cash and June Carter Cash’s previously owned pre-civil war house in Hendersonville (outside his current home of Nashville) and spent almost a year writing and recording the songs that eventually made up this impressive debut album. Clocking at just under 35 minutes, Country Sleep is dominated by Yellen’s beautiful, sometime devastating, voice. There are also first-rate harmonies set to hummable melodies and simple, effective orchestration, which draws you in and keeps you captive. Tracks like ‘Wanted You In August’, ’22′ and the single, ‘Even If We Try’ are what repeat buttons are there for.

And you know what? On top of all that, Yellen is such a nice chap to chat to. Open, humble and funny. We speak to him ahead of the forthcoming release of Country Sleep to discover a bit more about this talented-but-doesn’t-know-it 23 year old.

When did you start writing music?

I guess when I was about 17 years old. Ummm… 16 or 17, sometime around then. Writing really bad songs. But I tried to keep up with it and stuck at it but I never really thought of myself as a songwriter, I just kind of stumbled into it out of sheer boredom. I didn’t really have anything to do after classes, you know?

Did you play any instruments at that stage?

No, not really. I would sit in my basement trying to figure out how to play the piano but I’m still kind of not very good.

Growing up, who were your musical influences?

I would say Stevie Nicks. I loved Fleetwood Mac!

How did the whole process of writing and recording Country Sleep come about?

Oh, man, I’ll try to give you the short version because there’s a long, long version . Ummm… I don’t know, I guess it’s about having the need, having the want to create something. The desire to make something that is of value to yourself, you know? You know when you’re kind of aimless, lacking direction but a series of events – some of them fortunate and some of them not so much – leads to you ending up where you do. And I just wanted to write songs, to say something. I didn’t know if it was going to be good. I was terrified. But I just wanted to have the opportunity to make music. It was daunting but hopefully it worked out. I had a publicist that I hired – I didn’t really know what I had. The stuff that I’d recorded, I wasn’t super-stoked on it but I figured I just wanted to get a reaction about it, I was curious to hear what people would think about it. I knew it was kind of a weird record. So I had a little bit of money left from a loan that I took out and I spent it on a publicist who did it really cheap and sent it out to blogs and stuff. He also emailed the record out to a bunch of labels and no-one liked it. But then one label did and here we are.

Do you remember the moment of being told that a label was interested? How did that feel?

It’s funny because everybody didn’t like it. I got feedback like ‘this label really didn’t like it’. A lot of doors being slammed on your face and then just one person, Chris Swanson, for some reason, god knows why, liked it. The feeling was just kind of… well, just like talking to you now, it’s all very surreal. Never in a million years would I have thought to myself, yeah you’ll be talking to journalists overseas and not work in a bowling alley. That was the card that I thought I would be dealt, you know? So when I found out they were interested, I was terrified. I was nervous that I would fuck it up .

Let’s talk about the single, ‘Even If We Try’…

You know, I haven’t really listened to that song in a long time. I think the chorus melody came from about five years ago. The “Ooohs” part of it. The melody for the verse came during the recording process. And then some fragmented lyrics came together. It was all very jumbled. I kind of consider myself to be a ‘mistakist’ artist . I’m not pro. I’m pretty much an amateur.

To be fair, the song doesn’t sound very amateur at all!

Thanks, man! It’s just that it kind of happens, the process is all over the place. The one thing I do remember is that the chorus is something I had been sitting on for a while and I just couldn’t get away from it. It all gradually segued.

One of the striking things about the video for the song is your performance in it. Have you had any previous acting experience?

No. Well, I did some pretty bad high school plays like The Lion, The Witch & The Wardrobe . But, to be truthful, I didn’t want to be in the video. I had the idea for the story, I wrote the treatment and I couldn’t find any friends that were prepared to do what I wanted them to do in it so I ended up getting stuck with having to do it myself. I knew I wanted someone to go all the way with it. None of my friends wanted to be subjected to that and I don’t blame them.

You did three gigs here in London at the end of last year. Was that an enjoyable experience for you?

You know what? It was great. It was kind of a juggernaut… I played with Sharon Van Etten so I got to play in front of, like, 3,000 people and then the next night you’re playing in the basement of a pub for 20 people but that was just as mind-blowing.

How did you find the London audiences?

Amazing! I mean, for someone who is not used to have anyone listen to their music… you know, we put shows in the States, we’ve played some terrible shows. So it’s very humbling to have people listen. Even though there were just two of us, I didn’t have the full band, people were listening and were so polite. It was mind-boggling. You feel spoiled. I was very grateful. And then I come back here to playing the noisy bars and it’s like, oh man, fuck.

What are your memories of your first live show as Night Beds in the U.S.?

You know, there was never a kind of official thing. We played a liquor store in Tennessee . We played in a small, small place in Tennessee. It was a brown-bag kind of liquor store and they also had a bar with a stage but no PA so we brought our own speakers and there were four people there. That was our first show, I think. That was probably a year and a half ago.

How many of the songs that ended up on Country Sleep did you have at that point?

Almost all of them but we didn’t actually play for very long because I don’t think anybody really liked it. People were not really paying attention. But, yeah, I think pretty much all of the songs were written at that stage and we played about 5 or 6 of the tracks.

Are you planning to come back to Europe for some more live shows?

I’d love to! It’s not really up to me, unfortunately. I’d really love to do it but I guess if the album tanks, it’s not really going to happen. That’s how it goes.

Finally, do you have a favourite track on the album?

For me… I don’t listen to it so I don’t really know.

So, you haven’t listened to the album in a while?

Oh, man, it’s been a long time, a long long time. You don’t wanna know how long it’s been . But I think it sort of changes. Playing live has something to do with it. I would say… ‘Lost Springs’, probably. I just like playing it a lot. It’s very easy to play and it just feels good. It feels good right now. But it might change, you know? But as far as listening to the album, I’d much rather listen to someone else’s work. Once it’s mixed and done it’s not yours anymore, why would you want to go back to it yourself?