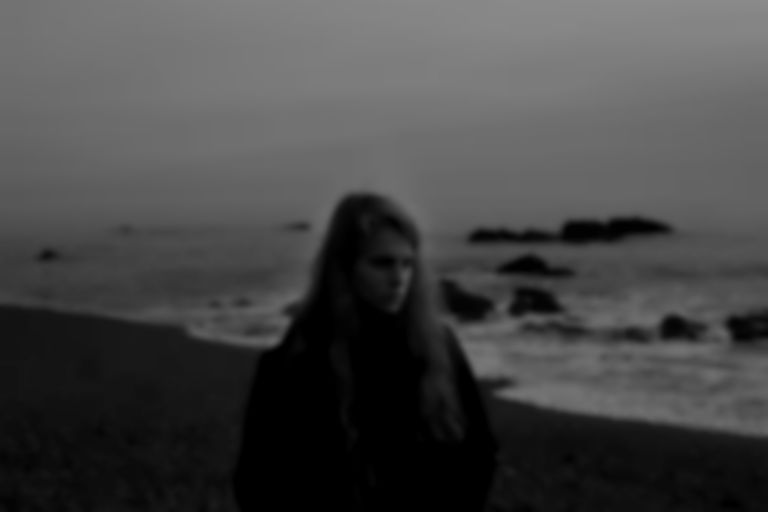 From international fashion campaigns to independent label releases, Hampshire born, Brighton resident Marika Hackman released her incredible single ‘You Come Down’ via Trangressive imprint paradYse records last summer but has been busy crafting songs under the watchful gaze of Led Zepplin and Steely Dan since her teenage years, even though you wouldn’t necessarily guess that was a part of her musical education.

Upon hearing about her acoustic offerings you might be forgiven for thinking Marika was just another folksy singer-songwriter but everything changes when you actually sit down and listen. As someone who effortlessly channels Nico and Syd Barrett she is here to set the record straight. We catch up with the unassuming yet fiercely confident songstress to talk about the trappings of modern pigeon holes, Jilly Cooper and her forthcoming mini album That Iron Taste, which is due out via Dirty Hit on 25 February. You can also check out the premiere of her brand new video ‘Mountain Spines’ below.

Your debut mini-album That Iron Taste is due to drop in February. Can you give us a little insight into the writing process and what we can expect from the record’s seven songs?

My writing process is pretty boring really. I sit in my room and play my guitar for hours, and something will click perfectly and that’s the beginning of a song. Then I play it over and over again to get the measure of it before recording a demo on garageband where I experiment with harmonies and arrangement and stuff, before working with a producer. A couple of the songs on That Iron Taste I actually wrote when I was still at school, and they haven’t changed much since then, except in arrangement. The rest of them were written last year or when I was on my art Foundation, so there’s quite a time lapse between them.

I really wanted to have fun when making this record. I wanted to try and do something different, so there are some quite experimental tracks on there. On ‘Retina Television’ we decided not to use any instruments and only get sounds off my body, from humming and stuff. It’s good to set parameters like that, I think it results in a more creative outcome. I hope people listen to it with an open mind, rather than being like “woah that wasn’t the nice little folk track I expected.” Mind you, if someone was expecting a nice little folk track then I hope thats what they think!

How would you describe your sound to somebody who’d never heard you before?

I find these questions quite hard to answer, I always feel like I’m being arrogant! Hah! I also find it very hard to describe my sound. I guess ‘folk at the inner core, Kurt Cobain for the outer core, whimsical dark madness for the mantle, and Marika Hackman for the crust.’

What do you feel has influenced you as an artist?

I think all the stuff I used to play when I was growing up has influenced my music but cant probably be heard, stuff like Led Zeppelin, Steely Dan, Stevie Wonder - all those crazy good song writers. I read a lot, and was encouraged to read loads at an early age, mum used to read us a story every night before bed up until a ridiculous age, then we’d stick on a tape of the Hobbit and go to sleep to it. I think all of the books I’ve read must be influential in some way, maybe not Jilly Cooper though.. actually yeah even Jilly because she’s got that fun side, which I definitely like to bring to my music! I guess everything goes in somewhere and comes out somewhere else.

There’s an almost whimsical sensibility to your music – at times spectral, almost psychedelic – and it’s all tied together with a timeless quality way beyond your years. How do you rise to the challenge of translating the sound that’s created in the studio into a live setting?

Thank you! At the moment I play on my own when performing live. I play on electric and acoustic and keep it pretty simple. I think it’s important that a song can still be stripped back to its rawest form and be captivating, then when you’re in the studio you know that you’ve got really solid foundations to build on and can’t really go wrong. It also means I feel comfortable performing solo. There are plans to have a band and I can’t wait. It’s going to be so much fun translating the recorded parts across to a live performance. Nice to have a few more people around on the road as well.

What kind of stuff are you listening to at the moment? What were your greatest musical discoveries in 2012?

Right now I’m listening to Fleetwood Mac but thats because I raided my mums record collection last night and I am now reaping the benefits. I tried listening to Port of Morrow by The Shins but I was getting too distracted and couldn’t answer the questions. My greatest musical discovery from 2012 has to be Alt-J, I think a lot of people would agree. I still listen to that album on repeat. Apart from that I’m really awful at finding new music, maybe I should make that my new years resolution – listen to more new stuff.

What do you think makes you stand out?

I definitely already feel pigeon-holed, which is ridiculous as I’ve only had three songs out. People see me playing an acoustic guitar and hear that I have an untrained voice and are so quick to try and compare me to other artists. I get ‘you remind me of Lucy Rose’ all the time, and I sort of stand there and think “Is that just because I’m a girl playing guitar?” Apart from that I think we have completely different sounds. That’s just people not listening to the actual songs properly though. It’s hearing me sing and watching me play, making a judgement and switching off, safe in the knowledge that they’re listening to a ‘nice’ bit of folk. Hopefully when people listen to That Iron Taste they’ll see that I’m trying to take my stuff in a different direction. Somewhere a bit more mad perhaps..

What does the rest of 2013 hold? Can we expect a full length debut?

I don’t know where 2013 is going to take me, but to start it off I’m supporting Ethan Johns on his tour in February which is crazy! Don’t tell anyone but I didn’t actually know who he was when my manager told me, then I looked him up and I was like holy shit I’m going on tour with a legendary producer. Pretty wild. Then I’ve got my own little headline tour at the beginning of March. There are definitely plans for an album, working with Charlie again because he’s awesome. I’m writing with an album in mind at the moment so we’ll see..