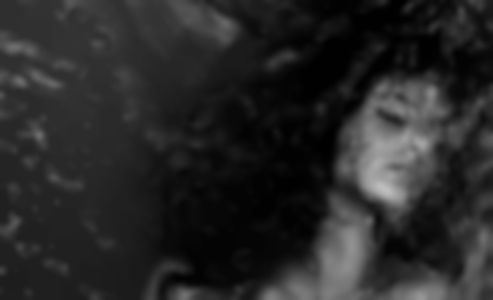 And Hannah Cohen has some heritage. The granddaughter of British poet Bertie Rodgers (who was BFF with Dylan Thomas), and the daughter of a British mother and an American jazz-drumming father, Cohen’s childhood was illuminated by touring musicians and her parents’ hippy ideology. After high-school, she became a fashion model, before defecting to the other side of the lens (she recently released her first book of photography entitled Fotografias Brasil).

Cohen’s music career is still in its relative infancy, but what she lacks in experience she can make up in with friends. Child Bride was produced by Thomas Bartlett (of Doveman fame), while the album includes contributions from Sam Amidon, Rob Moose and Mauro Refosco who have worked with acts ranging from Bon Iver to Thom Yorke. As you would expect, Child Bride is deliciously executed.

When The Line Of Best Fit speaks to Hannah, she’s just finished a bout of jury service. She claims to be “still getting used to doing interviews” before proceeding to charm our socks off. At one point Cohen refers to football as “footie” and not the American-style abomination of ‘soccer’. For this tiny utterance alone, as well as the magical beauty of Child Bride, Hannah Cohen is guilty of winning our heart.

How was jury service?

Good. Beforehand, they give you all these opportunities to say you are not comfortable with the case. But I was paralyzed by the idea of raising my hand to any of them. So I got picked to be on the jury. It was interesting.

Did you send the person to prison?

Ha ha. No, I did not send the person to prison. Oh, should I be even discussing this with you?

It’s fine; I’m only a harmless music journalist. Should we talk about you instead? I believe your grandfather was a pretty amazing man – did you meet him?

No, unfortunately I never got to meet him. But I grew up idolizing him and I would read all his poetry. At school, they would ask us to bring something in from home and I remember reciting one of his poems at school which was totally over everyone’s heads. He was incredible man and had a crazy life and I think I was inspired by him on my current journey in what I’m doing.

Is Child Bride named after your mother? Is it true she met your dad on holiday when she was a teenager?

My mum kinda ran off with my father when she was 17. She was visiting my grandmother’s friends in San Francisco and she met my dad one day. She called up the friend and told her she had met someone and would be staying with him for the rest of the summer. My grandmother freaked out.

I’m from a very staid family and your childhood seems very romantic and bohemian. Was there any downside to living with hippy parents?

My father is a very eccentric man and there would be points where I would be really embarrassed by him. He would be driving some crazy new car and blasting mariachi music out of it and drumming on the dashboard when he was picking me up from school. He loved terrorizing me . We always had touring musicians sleeping on our couch and we were surrounded by lots of funny, bizarre people. I had a big imagination and the people around me helped create a weird and wacky fantasy world.

What sort of music did you listen to in the Cohen household?

We listened to a lot of music but mostly it was straight-up jazz – stuff like Duke Ellington, Chet Baker and Miles Davis. There was rock ‘n’ roll and old country stuff and we listened to a lot of Indian music as we travelled to India regularly to study with musicians. Then my parents would let me listen to what I wanted to listen to – Beastie Boys, Deee-lite and Salt ‘N’ Pepa.

You then left home to pursue a career in modeling – how did that come about?

I haven’t really mentioned this before, but I was scouted for modeling after a soccer practice. I was a big footie player and was going to play in college, but I was scouted in my senior year of high school. Initially, I modeled in San Francisco, but then I was taken to New York and I got signed up.

How was the world of modeling?

Well, when you get to supermodel status I’m sure it is fabulous and glamorous, but there is a lot of stuff like catalogue work which pays well, but it is more about wearing ill-fitting clothing that you are trying to sell. I did a wide variety of work from high fashion to more commercial work.

So, when did you begin to make music?

About four years ago, I was on vacation with my then boyfriend – who was a musician – and he left the room and I went to pick up his guitar. I’ve always had a lot of musician friends and have travelled around to watch their music. I just started playing and from there I got my own little guitar. I’d play all day and then started singing out melodies and began writing from there. I feel like I have a good ear and that helps me.

How did you get from there to the point of having songs which could potentially become an album?

I started sharing my songs with friends and they were all saying ‘wow, they’re good, keep going’. I met Thomas Bartlett about two-and-a-half years ago and I sang him ‘Don’t Say’ and he was like ‘Oh my god, I totally want to produce a record for you and I now exactly what I would want to do’. So, I wrote about 25 songs and got rid of a few really bad ones. But, this first record has a lot to do with Thomas because he really saw something in my songs. 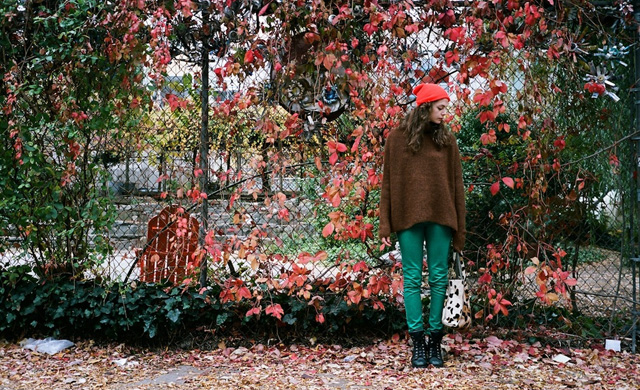 You’ve worked with some incredible people on the album. Was that a scary experience as a new artist?

Not at all. They are my friends who were excited at being able to help me out. Rob Moose is incredible and all the projects he’s working on are great. Mauro Refosco has played with Thom Yorke in Atoms For Peace and has toured with Red Hot Chili Peppers and he is an incredible percussionist, who I’ve known for about six years. So, everyone who played on the record was a friend or a friend of a friend.

Did you have an idea of how you wanted Child Bride to sound?

The songs just kind of happened. I didn’t think about wanting the songs to sound a certain way. With the record, we didn’t have any references. We weren’t trying to get it to sound like Fleetwood Mac or Neil Young or anything like that. Everyone was just really helpful to me and was being a good team-player. We were just making music.

Some of the lyric matter seems incredibly personal. Were the songs difficult to record from an emotional perspective?

Well, I think of the lyrics as some sort of secret code to myself but I guess they are pretty obvious. Pat , who was the engineer on the record, really got me closed off and by myself when I was doing my singing. He set it up like there was nobody else in the world, so I felt like I was alone when I sang that song and it was easier to perform.

You will be playing your debut UK shows soon, do you like performing live?

I do. I am excited to play more. I have only booked two shows in the UK, but my sister is over there – she has been there for 11 years and I have a lot of family in Europe – so if I could find places that would want to have me play I will come out there for a couple of months.

I also saw that you have a photography book out, Fotografias Brasil. How did that come about?

I like going down to Brazil and I was there on vacation. I’m always looking at things as a photographer, as I am visually stimulated by things. I was in Bahia and that collection of photos is from my time out there – just weird things I saw. I use this little Mini Diana Camera which has all these amazing light leaks and mistakes that happen, so it takes really cool pictures.

Yes, did I also see that you love the Brazilian nights at a certain club in New York?

Oh, you are referring to Nublu. They have the best nights. All the Brazilians come down and dance until six o’clock in the morning and drink cachaça which makes me go a little mad. It’s an alcoholic beverage that makes you get really, really drunk.

That seems like the perfect way to end our interview!

Child Bride is released on 23 April via Bella Union.