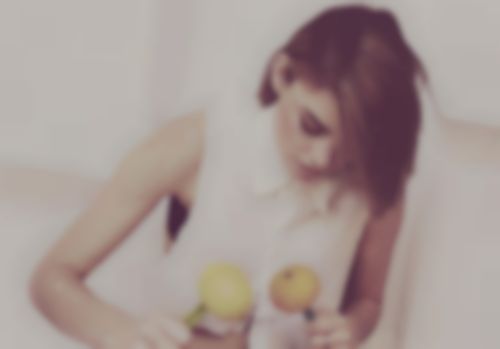 It was during the chilly closing days of last year that Gothenburg’s Frida Sundemo well and truly sprung to our attention. Unleashing what would become one of our most listened to tracks of the year, the Swedish singer and songwriter instantly enchanted all who fell into the path of her inimitably catchy single ‘Indigo’ and all of its synth laden charm. Now unveiling her Indigo EP and set to invade the UK for a handful of shows later this week, we catch up with Frida to find out more about her unique journey to musician-hood and what the future holds for this indubitably talented songwriter.

Could you tell us a little about yourself? Where are you from, how would you describe what you do and what are your three favourite things, aside from music?

I’m from Gothenburg, which is the second biggest city in Sweden, located on the west coast of Sweden. I would describe myself as an imagination creator, inspired by life. Also a pop artist. If I got to pick three favorite things aside from the music it would probably be my family and friends, driving a car super fast and taking late summer night baths in the archipelago of the Swedish west coast.

You’ve got a pretty interesting story, having paused your medical studies to embark on a career making music but let’s start further back than that – have you always written music? And when you were growing up, was your dream to become a musician or/and a doctor?

Yes, I’ve been writing music my whole life. I remember getting blank music sheets from my grandfather when I was a kid. I started writing down songs on those sheets based on the very limited (three tones) register I mastered on the piano at that time. I kept on writing whilst developing my musical skills.

I’ve always dreamed of many things, including becoming a musician and a doctor. I also wanted to become a car designer and an engineer for a long time. At this point, it has all come down to those two dreams, though: musician and doctor. I could never pick one out of them that I wanted more. I really love them both genuinely and they stimulate me both in such different ways.

What made you decide to pursue your medical studies in the first place?

When was the exact moment that you decided to pause your studies to concentrate on music, and how did you feel about your decision at the time? Did you feel conflicted, excited, nervous? And how do you feel about it now?

I have to admit that I was a bit scared when filling the application form for the study break. Being a part of an education is always a safe card, you know what to expect and what people expect from you. I had been postponing this decision for a while and people around me had so many different opinions about whether this was the best thing to do. Eventually, it became quite clear to me that taking the break was the only right choice for me to make. I would probably regret it for the rest of my life if I never did. You have to take chances to win!

Can you remember the first song that you wrote? What was it about?

The first song I remember that had lyrics was called ‘Glädje’ which is Swedish for “Joy”. I was around 8 years old and the song was about enjoying joy as much as possible. Very clever. And again, I remember writing down the song in my grandfather’s music sheets, not to forget it.

And how about now, how do you go about creating music – who do you work with, and what do you think is the best setting in which to write create music?

Nowadays, I mostly write music together with Joel Humlén, who produces my tracks. We write music in many different ways, there’s no fixed routine for it. Sometimes a newly discovered synth sound is the best inspiration and sometimes just an empty room with a broken piano.

What do you consider to be your main inspirations when writing music?

My main inspiration is probably the driving force of trying to evoke that special feeling I get in the gut when listening to special music. I recall moments when I’ve got that feeling when listening to music of others and I could do almost anything to get it back.

‘Indigo’ is an outstanding (and super catchy) track that we’ve listened to a million times over here at Best Fit – can you tell us the story behind it? How did you create the song, and what is it about?

Thank you very much! ‘Indigo’ is about believing in yourself and what you treasure – no matter what people around you might say or do. Me and Joel first wrote the song on the guitar very fast, like in two hours or something, it was a very inspiring moment. Then Joel’s superb production of the track (which I absolutely love) came to him immediately when he hit the computer. Quite an effective process, I must say.

Some of our favourite bands hail from Gothenburg – Air France, El Perro Del Mar, The Embassy, jj… Is Gothenburg a good place in which to make music? How do you feel about the local music scene there?

Yeah, I really think there’s a lot of great music coming from Gothenburg. I love going to shows with local acts when I’m there.

You’ll be playing in London very soon – what should we expect from a Frida Sundemo live show?

You should expect a great party with a lot of drums and hopefully some magic moments. I’m super excited to get to perform in London!

Do you enjoy performing live? Do you find it an exciting or a scary thing to do?

I absolutely love performing live, although I actually haven’t done it that many times. It’s a really special feeling when you get to push the songs out of their nest and to get to receive a direct reaction from the audience. Sometimes scary but always a great adventure.

Since I haven’t performed so much it’s hard to tell where the best audience has been. But I remember one very special show I did in Gothenburg together with my sister. We were sitting on the top of an old piano in this tiny club, singing and playing the guitar and the glockenspiel. The room was very crowded and the atmosphere in the room was so intimate. That was very memorable.

What’s been the most memorable thing that’s happened for you so far? Is there a certain show you’ve played, an experience that you’ve had or a place that you’ve been to that’s been particularly special?

Some years ago, I worked with children in the slum areas of Pune, India for four months. I could never really put that experience into words but I’m sure it changed me forever. Singing was a big part of the time I spent with the kids and I got the honor to introduce them to some of Beatles’ repertoire (whom they’d never heard of). The absolute hit song was ‘Twist And Shout’.

If you could have written any one song, which would it be?

I would die to have written ‘Förklädd Gud’ (‘God In Disguise’) by Swedish composer Lars-Erik Larsson. Such a masterpiece.

What does the rest of the year hold for you?

I’m working on a lot of new tracks which are destined for another EP or an full-length album, and I’m really excited to get to share these new babies! I’m also hoping that I will get to do as many live shows as possible. And I’m doing some inspiring collaborations that hopefully will turn out well.