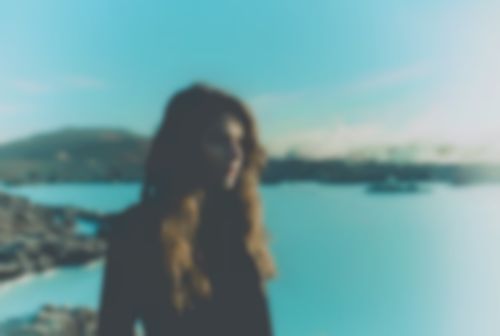 Girl and guitar? You might think you've heard it all before. But you haven’t, not quite the way Norwegian singer-songwriter Kari Jahnsen, aka Farao, writes music. As if thumbing through ancient tomes, this newcomer has quietly mastered the basics of great, emotional songwriting whilst allowing her affection for contemporary music to pervade; a beautiful conflict of old and new. That is, of course, if her wonderful debut EP Farao is anything to go by.

But it’s not just an acoustic guitar at the helm of Farao’s music. She plays almost every instrument under the sun in an array of other bands, from drums in London/Brighton lo-fi lot Hella Better Dancer, to bass in Norway-via-London’s Anna Lena & The Orchids. Perhaps this vast knowledge and experience with music, the wealth of which belies her age, is what makes her alternative brand of folk-pop so rich, so crisp and so compelling.

Now based in London after relocating from Norway, those chilly landscapes never sound too far away from Farao’s cutting melodies and deeply moving lyrics, aided no less than by Iceland serving as the backdrop for the recording of her aforementioned EP. Like the enthusiasm embroiled in learning new instruments (viola is next on the agenda), Miss Jahnsen will literally move shores for her music.

We try to decipher where this drive comes from, learning that being bred isolation can be more a blessing than a curse, and that Radiohead are her true inspiration.

Norway is a sheltered place to grow up, and I had a very good and stable childhood there. I grew up in a small place called Valdres where there aren’t that many opportunities, specifically within the arts. I could really notice that in a negative way when I moved away at the age of 19 and had never been in a band before. Although I love where I’m from, I’m much better suited in a city. I become very restless if I don’t have something to do and people to meet and gigs to attend all the time.

When did your affair with music begin?

I started really caring about music in my early teens. I went to as many music festivals as I possibly could every summer, and often drove with my friends to Oslo (3 hour drive from my home town) to go to gigs, and drive back in the night in time for school the next day.

What music did you grow up listening to and what do you like now?

It all started out with punk/rock and grunge for me. Dave Grohl was my Justin Bieber, and early Foo Fighters and Nirvana was a big thing in my life. After my rebellious punk rock period I discovered Sigur Rós and Radiohead, and that’s when I knew I wanted to become a musician. Right now I listen to stuff like Warpaint, Poliça, Wild Beasts, Emilie Nicolas, James Blake, Atoms For Peace, Angelica’s Elegy and Samaris.

How many instruments do you play and how did you learn them?

Hard to say…I play guitar obviously, started when I was around 17. I have been singing all my life. I started playing drums after college, when a friend asked me to join her band. I said yes, not knowing how to play drums but figured it out eventually. I play bass in my band mate’s solo project, Anna Lena & The Orchids. I am trying to learn the viola too; it no longer sounds like a dying cat when I play it, but I am definitely not good. I can also make it sound like I know how to play piano to someone who doesn’t know how to play piano.

Where do the drone sounds that feature so heavily on Farao come from?

I used an old synth, a Russian beauty called Elektronika EM-25. It’s pretty awesome. I combined that with my Casiotone MT-65. Those two together are a big part of the sound on the EP.

You moved from Norway to London, England. Does landscape have much of a part to play in your writing?

Not intentionally, but I think the wild and dramatic landscape of where I’m from has definitely influenced the Nordic sound and that, in turn, has shaped the music I make. London is pretty much the exact opposite and that contrast is inspiring.

Do you write from experience or just from what you read/hear about relationships, life etc.?

I write mostly from my own experience. I write about any kind of relationship I have with other people, be it professional, friendly or romantic. I enjoy putting myself in their shoes and writing a song from the other person’s perspective, so I am kind of singing back at myself. It makes me view myself from outside.

How did playing drums for Hella Better Dancer come about?

I met them when I did a gig in Cambridge a year and a half ago, we were on the same bill and ended up getting the train back to London together. I love playing with them, but unfortunately there’s less and less time for that now that Farao is kicking off.

What do you want to achieve with your music?

When I hear a truly amazing song, I think to myself that that song must have always existed somewhere. It seems impossible to me that songs like “Paranoid Android ” at one point didn’t exist. I want to work as I hard as I can to write a song like that, where my listeners would not be able to imagine ever having been without it.

Why is music so important to you?

I write music to express myself, and process my thoughts and emotions. The best way to get something out of my head is to put it in a song and leave it there, so I can move on. Future plans? Record my debut album in February, tour in the spring and play as many festivals as I possibly can in the summer!

Farao’s self-titled debut EP is due for release on 10 February via Something Nothing Records. She headlines The Waiting Room, London on 25 February.