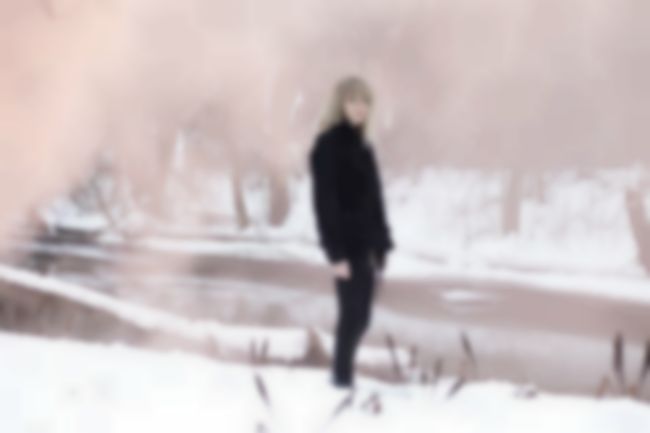 She’s part of the Smalltown Supersound roster and used to be grace the covers of Vogue covers. Now she’s about to play a sold-out London show under her new guise – needless to say, Carmen Villain is bit of a commodity right now.

The music the enigmatic Norwegian crafts is led by lo-fi psych guitars and frosty vocals, both of which are eventually throttled beneath layers of distortion and affecting effects, off-kilter rhythms and whirlwinds of noise. Bouts of titanic sound reign and wisps of folk-tinged rock filter through. It’s not exactly what you’d expect on first glance; regardless, it’s brilliant.

We caught up up with the Carmen to find out more about her live set and her forthcoming album.

Can you tell us a bit about Carmen Villain and where you’re from ?

I’m from Oslo, born in USA, half Mexican/Norwegian…

Is there a story behind the name ‘Carmen Villain’?

Villain has always been one of my favorite words.

How would you describe your sound to someone who’s never heard you before?

I would say… psychedelic/avant/rock with a hint of 90s? I’ve heard it described as dreamy, tempestuous, lo-fi, scary yet comforting…

Who/what would you say has had the biggest influence over your songwriting?

Random small discoveries inspire me from day to day, but there is also a lot of personal experience in there. Words, such as writers like Bukowski and Bulgakov, and music has always been a great source of inspiration. Some of them: Sun City Girls for their weirdo world and influence by way of travel variety, Royal Trux for perfect pop songs gone nuts, This Heat, GZA/Wu-Tang and J Dilla for production and beats, Syd Barrett, Moondog…

How does a Carmen Villain show play out?

What have you got in store for London? Have you played London before?

I have never played here before! I have an awesome band; Ottar, Milton, and Paal Espen. We want to put on a good show.

Shit loads. I’ve completely changed a lot of things in my life, and the music evolved and turned into something even better than I expected when I started experimenting some time ago.

What were some highlights?

I would say recording the album, playing support for Thurston Moore, playing on a tiny island next to the Arctic circle, signing to Smalltown Supersound, and the rad people I’ve met along the way.

It’s great as there is a real passion for music there and all the records are put out for all the right reasons, so I feel that the record is in good hands.

How’s the debut record coming along?

It’s finished and coming out on the 01 April! I’m very happy and proud of the result. I’ve titled it Sleeper. 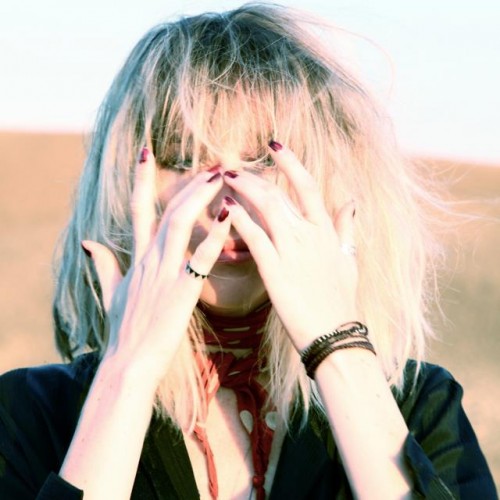 Could you tell us its story? What’s it about and how/when/with whom was it recorded?

It really started as a secret experiment I had to myself, I would sit and work with extremely limited recording skills, loop guitar and vocal sounds, play with noise, words and effects, and program drum machine beats. Writing lyrics was a great outlet. A lot of it was of course thrown away because I thought it was shit and embarrassing… But slowly things started to take shape. I then started with recording a few songs with Emil Nikolaisen (Serena Maneesh) and the result of that session encouraged me to finish it off as an album. So I kept writing and produced the remaining half, and also did a collaboration/coproduction track with Prins Thomas. A few different but equally inspiring and enriching processes. Thematically it’s about displacement, longing, and a sense of dissatisfaction and detachment. It’s kind of dark, I guess.

Has the record making process been what you expected?

I’m not sure what I expected, but I dare say it has surpassed anything I dreamed of. I have learned a lot, too.

What can we expect from the album?

Hopefully, as a whole, a trip… There are songs, and there’s a lot of crazy little details and layers to listen out for.

Play live as much as possible and learn new end exciting things. I’m going to move on to the next recordings as soon as I can, too. And hopefully not get too broke in the process.