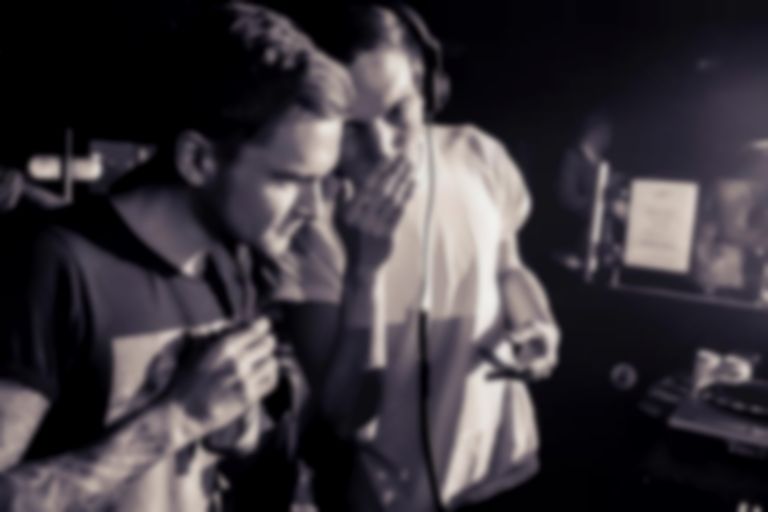 Hailing from the welsh capital of Cardiff, and calling upon a wealth of diverse and inspiring influences, it’s easy to see and to hear why up and coming production duo Bodhi have got us excited.

We sit down with the pair behind the operation, Luke Welsby and Olly Howells, to chat about how they took their love of Motown and funk and made it into a new type of ultra fluid house music, as well as discussing their upcoming performance at Bestival, their knack for flipping pop star hooks and much more.

The first we heard of you was your recent Beyonce edit, which originally came out under the name ‘Owls & Bodhi’. How did that track happen?

Olly: Well that Destiny’s Child edit was the first thing we ever did together. Then after that we decided to keep doing stuff together, we dropped the Owls, and it just became Bodhi.

Luke: Yeah we had known each other through playing in different bands, and we one day just got together and started banging out music. This track was the first song that we did and it got a really good reaction, so we decided to keep producing together.

What’s your connection to pop/R&B music? You have done edits of Janet Jackson, Beyonce and Marky Mark, among others…

Olly: Well, I like a bit of cheesy R&B to be honest. It’s just a good source.

Luke: I’m more into Motown, funk, disco, but Olly’s the main influence, especially vocally. He’s got a tendency to lean towards R&B vocals when we chop stuff up. It has that nostalgia factor.
Olly: They are really accessible, and give you a hook to work with.

Obviously your music has quite a bit of house influence, it’s also mood enhancing music. Can you enlighten us as to your influences and where this sound comes from?

Luke: It’s difficult to pinpoint what the sound is. It’s definitely house, you know, it’s got the 4-4 beat running through it strongly. One of the main aspects we like to include in our music is a solid bassline that’s really groovy, something that’s catchy, and that sort of comes from the disco, house and Mo-town background I have. We just naturally end up getting to that point where we have drums laid out and we’d rather just smash out a really sort of groovy bassline and then we sort of build if around that.

In terms of influences, if you want to be specific, we sort of listened to Earth, Wind & Fire, The Commodores, Sheik, just that sort of vibe. Contemporary artists, would be like Detroit Swindle, Medlar, Disclosure, Bicep, we love Ifan Dafydd, Space Dimension Controller, that sort of niche of music really.

Olly: Also if you listen to Giles Peterson’s show on a Saturday, everything he plays is a good influence. Three hours of gold.

Do either of you have music idols?

Luke: Jamiroquai. I think my first cd was Jamiroquai, I just loved him.

Olly: Luke, I thought your first cd was supposed to be something embarrassing, not something good.

Going back to your music, can you expand a bit more on your process of how you go about creating sounds?

Olly: I try to make our music sound a bit more natural and not out of the box. Artists like Maribou State, Space Dimension Controller, Bonobo, even Burial, you listen to their music and it doesn’t sound like it’s straight out of Logic Pro. I think that’s important. It’s finding the balance between that, and what sounds good in a nightclub.

If you are djing a club, what is your go-to party music?

Olly: Any MK dub usually gets the party going.