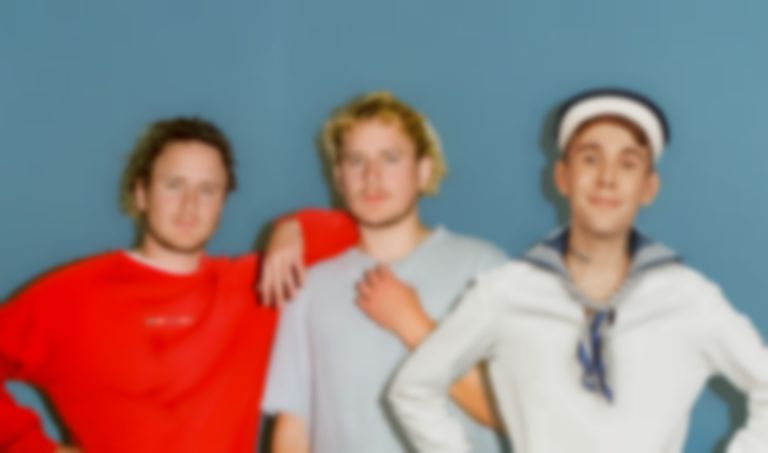 The fifth single from his upcoming album Groove Continental (Side A), Yung Bae and friends balance energetic dance with soft indie-pop flourishes on "Straight Up Relaxin".

If his disco-laden collaboration with Wiz Khalifa, bbno$ and Billy Marchiafava somehow passed you by (“Bad Boy”), Yung Bae is soon to become your dose of escapism. A Portland-based producer who heralded the rise of 'Future Funk', he invites listeners to an effervescent sonic oasis that stems as much from niche underground internet culture as it does from funk icons of the ‘70s.

Now a fully-fledged genre phenomenon, Yung Bae isn’t slowing down. He dedicates hours daily to searching for samples while continually pushing himself creatively and collaboratively. With six albums and a collection of singles, EPs, and B-sides to his name, including link-ups with some of the brightest contemporary talents such as Channel Tres, USPAHL, Sam Fischer, and AWOLNATION, he credits his range of influence to “anybody who’s touched funk.”

“Straight Up Relaxing”, too, has the fingerprints of many artists. Linking up with Australian indie-electronic duo Cosmo’s Midnight, the track channels a distinctive blend of influences, spanning Studio 54 disco to a breezy funk. The pair arrive with their distinctive keyboard timbres, while co-production duties are offered out to HONNE, who bolster a subtle indie-pop sheen.

Speaking about how the mishmash of sounds came about, Yung Bae explains “This track originally started out as just me and HONNE during lockdown and quickly became one of my favourites. A few months ago, I sent over the demo to Cosmo's and it was something they immediately connected with and started working on. They sent something back in a day, and I was blown away. Everything they added is what makes this track so special and so different. We’re bringing you summer in December.”

Cosmo's Midnight continues “We met Yung Bae years ago in Portland when we were on tour in America, he was a mutual friend we'd met through music and we all bonded over the love of disco and funk. He hit us up out of the blue years later and asked if we wanted to help him on this track. It was really up our alley sonically so there was no friction when it came to writing to his demo. We loved working on this track. It's so fresh, bright and bouncy - we hope you all love it!”

"Straight Up Relaxin" is out now via Arista Records. Find Yung Bae on Instagram.