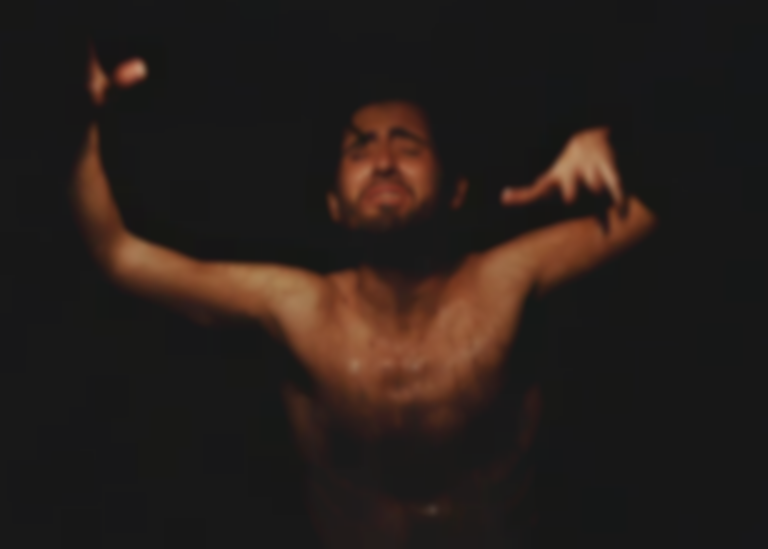 Canadian experimental pop outfit We Are The City have unravelled the video for new single "King David", and you can watch the troubling clip exclusively on Best Fit.

Using religious imagery and lyrics, the single takes an instant dark turn. The band channel Mew's jagged indie guitars, but use grand pop hooks to embed themselves at the forefront of your mind; contrasting that hook-y feel, the visuals are doused in ambiguous liquid - blood? oil? chocolate sauce? - and see an isolated figure in torturous conditions.

Singer/keysman Cayne McKenzie said of the track and video:

"King David came as the first song of Violent idea during a stay on an island off the coast of Vancouver. At that point, I was staying up quite late, I had turned my sleep schedule on it's end. We were renting a room in the basement of a church, it was a kids play room. There were keyboards and pedals, guitars and amps, tape recorders and toy cars with puzzle pieces spread all around. The guitar line came out and the vocal part followed close behind. Though it was the first song to start, it was the last song finished before recording two years later.

"The video is a response to an earlier video that we released. It is in contrast to Baptism. Instead of light liquids and bright shots with close up shots of faces bombarded by sparks and smoke, we have a dark room and black liquid covering a single subject. The lyrics of King David are about examining your own insides. They are about trying to find a way around feeling self deprecating and dark. The video is supposed to feel uncomfortable to watch, like the lyrics."

Violent is We Are The City's second record, and it's released 27 April on Sinnbus.

Watch the "King David" video below.