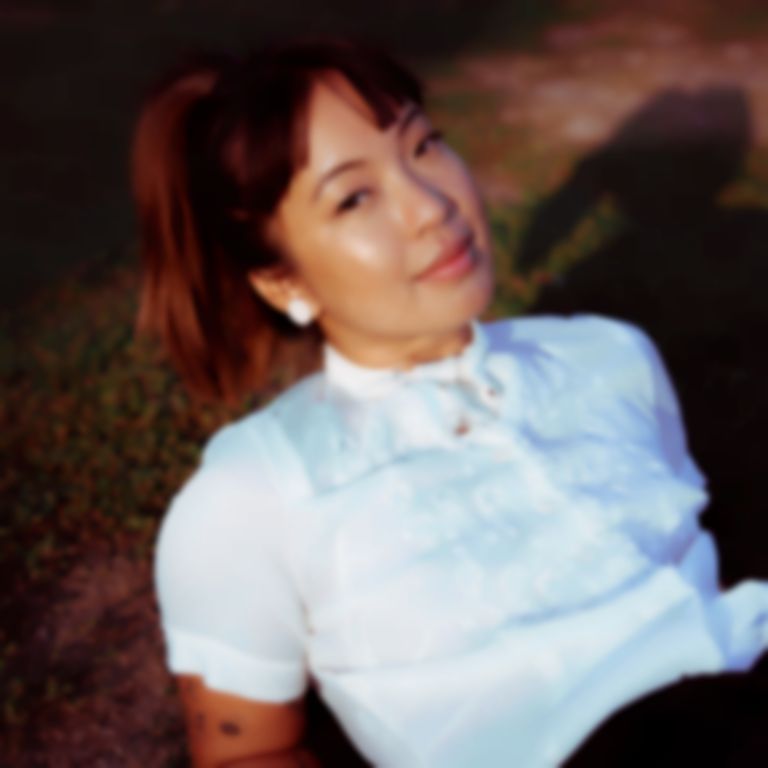 After re-discovering her creative spark and putting herself in the spotlight, Vicky Farewell debuts with a kaleidoscopic testament to uncertain feelings, “Are We OK?” - all the while demonstrating her ability as a producer, arranger, engineer, and vocalist.

It’s “all about the music and the music is fucking good,” declares Farewell. Loosely grounded in R&B but with hints of smooth jazz, psych, soul, and pop, she satisfies a yearning to let the music speak for itself. Her ear for an eclectic blend of sounds only sweetens the palette she’s toyed with until now, with the precision and power expected of an artist who admires the likes of Quincy Jones and Stevie Wonder.

Trained as a classical pianist, Farewell’s taste was simultaneously broadened by the glossy anthems of ‘90s pop radio and choral harmonies from church services she attended as a child. While these little ‘conflicts’ may not seem important in isolation, they stimulated the grace and versatility that placed her ahead of the curve when casting a wider net as a working musician.

From enjoying comradery amongst Free Nationals in the studios of Dr Dre to writing on .Paak’s GRAMMY-winning album Ventura, it was the reinforcement of these industry giants that Farewell found her sound and transcended the boundaries of formulaic hits.

“I was on cloud nine with the project because I had finally figured out my artistry and locked in musically with myself, which was what I had been struggling with for my entire musical career,” she shares. “This is the most comfortable I've felt as an artist… I've always been not quite where I belong, in every stage of my artistry. I know now that that was because I needed to create my own thing.”

Spurred on by the COVID-19 pandemic, the lack of noise from the outside world allowed Farewell to open her mind and perfect her output. Clearly, it all paid off. Now signed to Mac Demarco’s upstart imprint Mac’s Record Label, the pair struck a deal ‘on the spot’ as Demarco was instantly drawn to “Are You OK?”.

"I've known Vicky for several years now, she's a good friend and a ripping musician. I'm super excited to be working on this release with her,” he comments. “Vicky shared a couple of the songs with me as she was making them a while ago, and it's been cool to watch the rest of her process in putting it all together. I love all these tunes, I'm happy Vicky’s allowed us to help out with them, and I'm really excited for everybody else out there to have a rip on them.”

With “Are You OK?”, Farewell takes a breath and eases into a radiant sound. Even without pacing highs, the track is rich and considered as she toggles between positive and negative thoughts. It’s a satisfying slow burn that rides on the funk sentiments of her catalogue to date, almost channelling the infamous melody of Gambino’s “Redbone”.

“"Are We OK?" was the first song I ever wrote and produced to completion on my own,” comments Farewell. “Honestly, I never considered myself much of a singer until I made this song. It really paved a way for the rest of the record.”

Giving insight to her upcoming debut album Sweet Company, Farwell continues, “I want my debut to be representative of my ownership of the comprehensive approach to the artistry that defines me. I'm not just the vocalist, but the writer, producer, and engineer. I want to be clear about who I am and what I'm capable of.”

“Part of finding your voice as a woman in entertainment - and the world - is to say immediately that you want to speak for yourself, and you want to work for yourself. That's a kind of freedom and personal liberation that is tough for a lot of women to get to in their lives. Self-empowerment. That's my mark for sure. I'm aggressively planting my flag, but without barking at people. Instead, I'm showing up with the goods and owning the fact that the product is completely my own creation.”

"Are We OK?" is out now, with the debut album Sweet Company set for release on 8 April via Mac's Record Label. Find Vicky Farewell on Instagram.