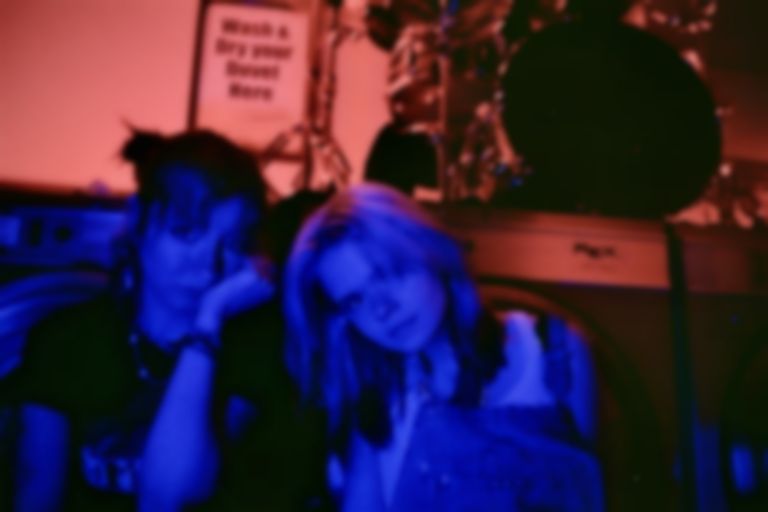 “Last Year’s Model Club” proves that everything about The Let Go is ready to shine, from their sparkly pop sound to the thriving Liverpool music scene that they’re a part of after moving from Washington DC.

From the shimmering stratosphere of American pop via their current Liverpool stomping ground, The Let Go are powering towards their next EP with intent.

Their latest, “Last Year’s Model Club”, is the most recent single to be taken from the upcoming Delete My Feelings EP – their second, but the first with new label Chess Club, setting them on the same trajectory as indie upstars like Alfie Templemann, Pixey and Bloxx.

With an intro that (if you squint) almost calls back to "Mr Brightside", The Let Go are straight out the park making their own fierce statement with an ex-girlfriend anthem that encapsulates all the negativity and pain of being in that situation.

“Everyone goes through that one relationship that breaks you,” vocalist Cole explains, “and this song shows that being in the ‘Last Year’s Model Club’ isn’t freeing or relieving, but more so sends you into being the chaotic crazy ex-girlfriend.”

As the duo describes, the nature of the track is intentionally purgative. "We wanted to share something raw that people could scream their heads off to, as we ourselves are always looking for songs like that. Something a bit cathartic and angry.”

“Our sound has definitely changed coming to the UK, but if anything we are sticking to our American roots even more. Being here makes us stand out, as we are always trying to encapsulate LA aesthetics and sounds through a Liverpool lens.”

"Last Year’s Model Club" comes alongside some sweet technicolour visuals, co-produced, co-directed, co-edited, and co-wrote by Cole and Scout along with Frankie Beanie. Through showcasing the pair’s creative vision, the video shines a light on the laidback sense of fun that runs through the track’s cathartic core. “Working on videos is our favourite thing because we do it our way. We love having creative control and showing our heads through visuals,” the band tells Best Fit. “For us the music is sick, but everything around it is just as important. We want to show people what’s real and what we want. Working on 'Last Year’s Model Club' was exactly that - our minds transcribed to art.”

"Last Year's Model Club" is out now and Delete My Feelings will release on 18 March on Chess Club. Find The Let Go on Instagram and catch them live on 26 March at Liverpool's Kazimier Stockroom or London's Camden Assembly on 29 March.