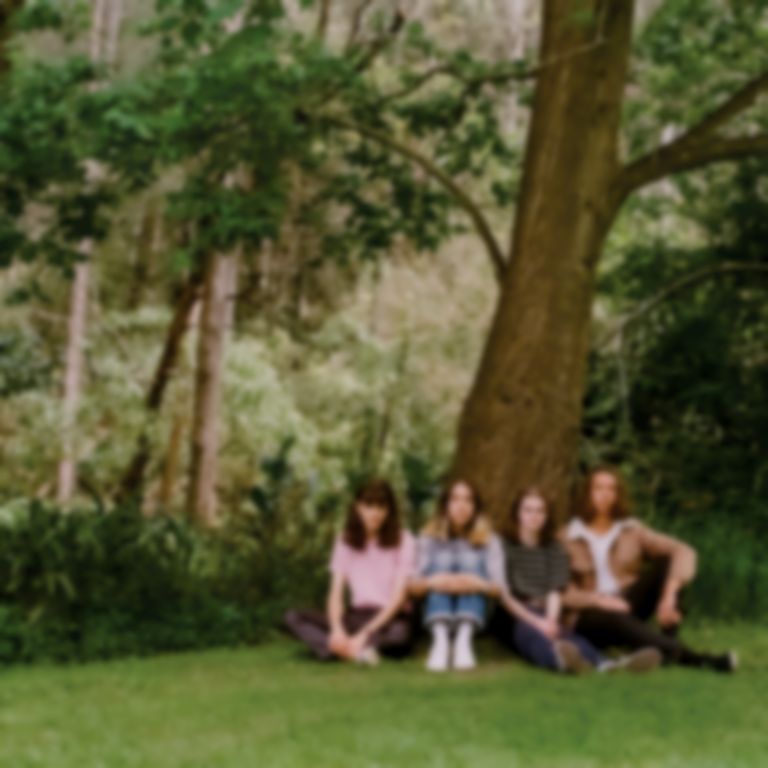 The first instalment from the extremely young and exciting act from Australia, The Lazy Eyes' "Cheesy Love Song" sees them bring their love of the past to the present.

The Lazy Eyes have revealed their debut single “Cheesy Love Song”. The Sydney four-piece - who are all between the ages of 18 and 19 - create prismatic, sprawling psychedelic rock, and “Cheesy Love Song” evokes the likes of The Flaming Lips and Lonerism-era Tame Impala, whilst also harnessing camaraderie with modern 60s interpreters such as The Lemon Twigs and FUR.

In the track’s opening exchanges, a Beatles-esque guitar parades around a brooding piano led ballad that explodes into pure and organic psychedelic pop, leaving fragments as an ear worm you just can’t shake.

As the track concludes a small seismic toss is handed to you via a perfectly executed, phaser-based detonation where listeners can almost taste the colours of their retro rainbow. Now nostalgia aficionados don’t have to root around in cool vinyl sections to discover the past, because The Lazy Eyes are the future.

"During the band's senior year of high school, Harvey and I used to go up to the piano rooms one day every week after school with the intention of writing songs,” says bandmember Itay giving a glimpse behind the tracks origins. “One time I brought him the first few chords of this song and we went from there, bouncing off each other. We really didn't know what to name it, the only thing that felt natural to us was to just call it what it was; a cheesy love song."