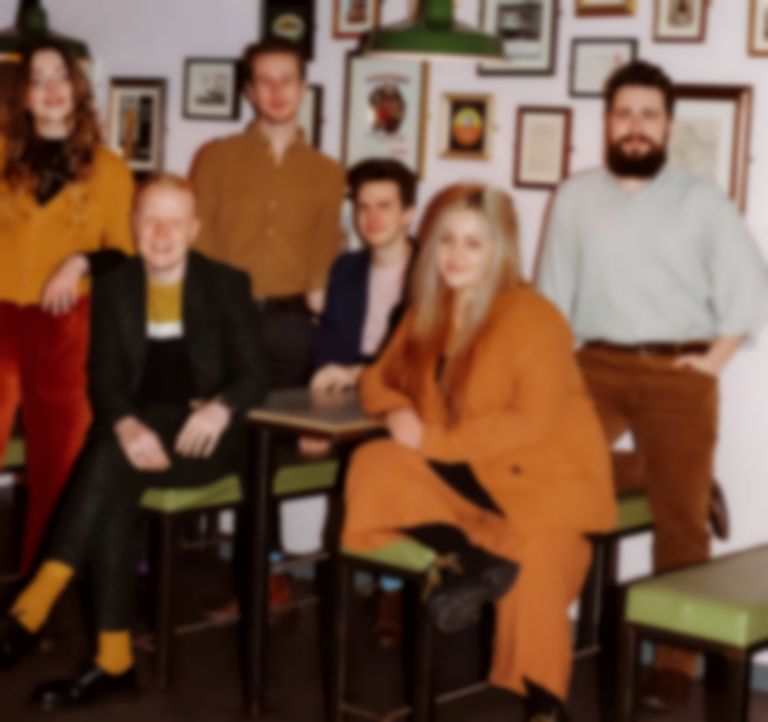 Eschewing the button bright indie-rock of their previous releases, Talkboy take on a woozy folky vibe befitting of the track’s narrative on their new track “Wasting Time”.

As far as its music goes, Leeds has always seemed to operate on the grungey, more psychedelic end of the spectrum. Forever Cult, Eagulls and Pulled Apart By Horses have all succeeded in contorting their city’s industrial working-class heritage into their own idiosyncratic brand of uncompromising noise. While most of these bands are still flying their flags high, the fact remains that the city they call home has changed, and is changing still.

The same can be said for its music too. Where grunge, psych and post-punk once reigned supreme, there’s a new breed of bands putting their own technicolour stamp on what was once a city in greyscale. Talkboy, along with the likes of Marsicans and Polo, have a definitive sense of hazy summer evenings upheld by a sun-kissed aesthetic.

Talkboy's fourth and latest single “Wasting Time” sees the sextet musing on “the catch-22 situation we often tend to find ourselves in,” as they explain, “that we should enjoy ourselves as much as we can whilst we’re young, but at the same time, there is an over-riding feeing that you are wasting your time.”

The new track slows the pace in comparison to previous releases: it's more considered perhaps, but certainly no less fun. “Wasting Time” shows Talkboy are a band refusing to rest on their laurels, and who are on the cusp of breaking through.

"Wasting Time" is out now via Come Play With Me / LAB Records. Find Talkboy on Facebook.