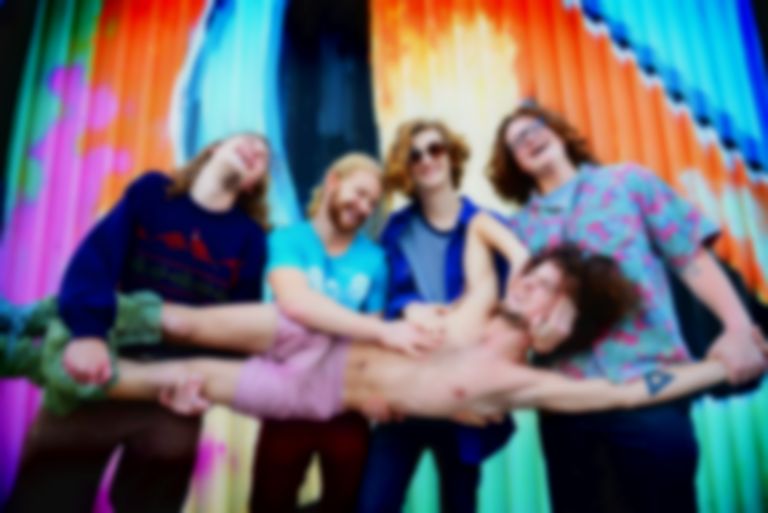 Sun Club have been tearing up venues with their unique blend of ferocious energy and euphoric dream pop for a number of years. At long last, a full-length release is finally on the cards.

"Tropicoller Lease" is the first taste of that release. Deliciously tropical and delightfully spirited, Sun Club transport the listener to a place where the weather knows no downpour and imagination knows no bounds.

Marching rhythms power a mightily resounding chorus, whilst twanging guitars and dynamic vocals make the build up every bit as enticing as the track's explosive conclusion.

Combining a love of frolicking and fancy dress with a fear of trolls, the video sees Sun Club battle children's playthings brought to an absurd kind of life from behind ridiculous expressions and raucous performance. The result? See it to believe it.

"We made this at a time when not a lot of us had jobs and we had just spent a month recording the new album almost everyday," Sun Club say of the video. "It was this weird in-between phase right after we finished recording, before we went on tour or had any idea of how the album would be released. It was also the end of so many years where we booked our own tours and made short releases. We've reached a new step where we are all psyched to properly release some of our music."

The Dongo Durango is released via ATO Records/PIAS on 30 October.

Get lost in the mysterious world of "Tropicoller Lease" below, and find Sun Club's forthcoming tour dates beneath.