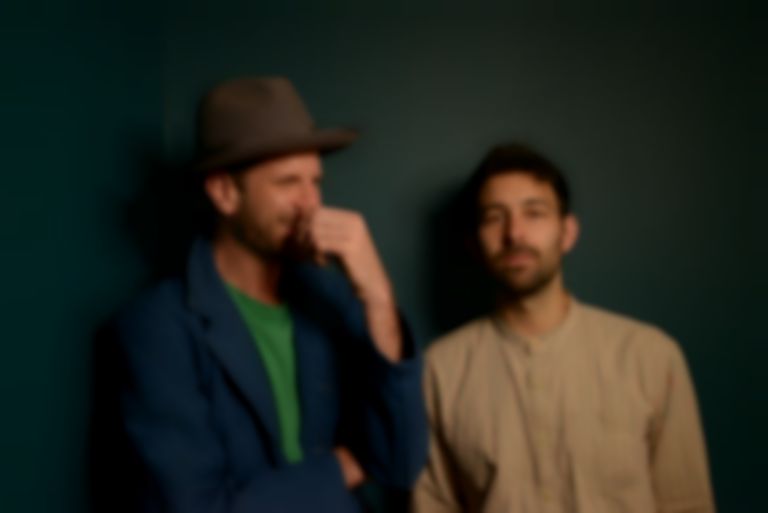 There's a twist of early Bombay Bicycle Club in Star Rover's guitar-led sound; a streak of the avant-garde and individual required to elevate an indie-pop track head and shoulders above its peers.

The Brooklyn-based duo is comprised of Will Graefe (guitar, vocals) and Jeremy Gustin (drums, vocals). Their debut LP isn't due out until the coming autumn, but Star Rover have already read the book on songwriting. 'Byron Bay' proves the pair know how to bend the rules just enough to keep the listener comfy whilst offering something interesting and unique. Graefe and Gustin's harmonies weave Bon Iver-esque harmonies over meandering guitars and deliberate drums, with an edge of distorted synth cutting in to shake things up here and there.

"In writing the music to 'Byron Bay', we took a simple melodic seed and tried to explore all of the spaces around it," Star Rover explain of their songwriting process. "We often talked about how harmony and texture can evoke certain temperatures and climates. The repeated guitar phrase became a centerpiece; bright and beaming yet aquatic, hypnotic, and perpetual like waves."

"Later that year Jeremy was on tour in Australia and had a sweltering day off in Byron Bay," they continue. "He noticed a solitary woman lying on the beach close to the water, almost daring the enormous waves breaking on the shore to reach her. But they never did. Our initial melody popped into his head and a lyric emerged: 'So close/the waves almost touching her toes/she knows.'"

That echoing refrain becomes a lynchpin throughout the track, resurfacing wherever Star Rover take their arrangement, as steady and dependable as the Australian tides.

Star Rover's debut album comes this autumn via 11A Records, whilst "Byron Bay" is out 1 June. Catch the pair as they tour the US with Okkervil River later this month.