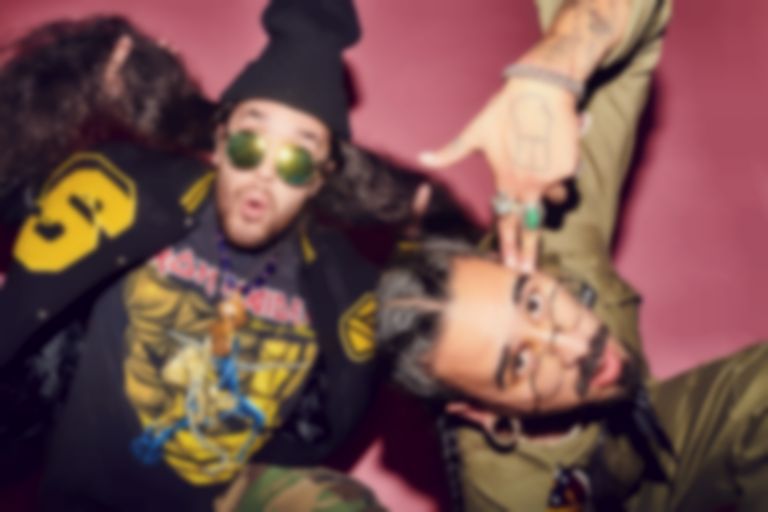 “We like to refer to things that are bad ass as 'Real Deadly.' A lot like the song “Yuck-Sue-Yaach” we wrote a song about feeling strong and confident in who we are as people and artists. Kato gave us the beat and we soared with it…He sent this one over and as soon as we played it we knew it was a vibe, the hook was written within 10 minutes, real deadly.”

As ever Yung Trybez and Young D’s flows play against each other, dropping references all over the map, including De La Soul, 2Pac’s All Eyes On Me, The Little Engine That Could, and even their own ‘Long Hair Don’t Care’. As ever the political is never far away, and the band lyrically acknowledge the unique position they find themselves in, as well as the importance of solidarity in community as they spit: “I’m Growing/ I’m Building/ Poking My Head Through The Ceiling/ Who Want To Come With Us?”. Like Trapline’s "Boujee Natives", the track serves as a rallying call for people to have “ Confidence in themselves…the richness of indigenous fashion, style, culture, and identity… we want Real Deadly to be a positive affirming song.”

The new EP strives to capture the energy the duo bring to performance, and the crowd gives them back- true ‘turn up’ tracks to get things started, and instil a positive, affirming energy. That energy will be in full effect when the band tour the US from April through to June before returning back to the studio to work on their next full length.

The video was filmed with Ben Knechtel and directed by Travis Didluk.

"Real Deadly" is out now.