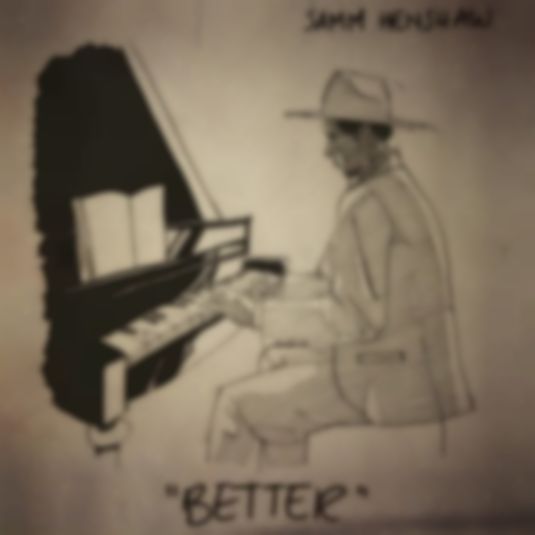 Samm Henshaw, at only 20 years old, sounds like his soul is already packed to the brim. His youth belies his musical experience and skill. It's clear just from digging into the heart of his beautiful new single "Better" that he's someone who's thrown himself into the old soulful masters while keeping his ear to the ground on all things current. Henshaw really puts the soul in nu-soul.

While previous single "Only Be With You" (which caught the ear of behatted troubadour James Bay, who brought Henshaw on board for his latest UK tour) showed promise of an artist capable of something truly special, it's here that Henshaw really makes a mark. "Better" is a mesh of classic soul songwriting and more modern influences: think D'Angelo jamming with Sam Cooke.

What begins as a beautifully simple piano ballad slowly grows layer by layer into a supremely sexy slow jam, complete with funky guitar licks and finger-clicks. Henshaw's husky vocals, so filled with passion, are complimented by a D'Angelo-style falsetto - the two dancing across the track in stunning style. There's just something here that, right from that initial listen, you know is truly special.

Samm Henshaw's upcoming EP The Sound Experiment is released on 17 July. Meanwhile, catch him at his first ever headline show at The Courtyard Theatre on 16 June.