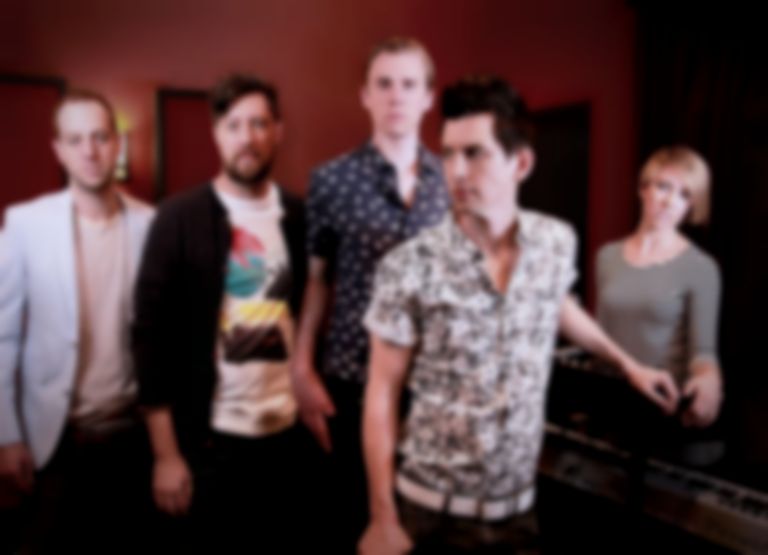 His band at that time in 2014, Most Thieves, had just toured massive arenas in Europe and Canada opening for The Killers. The story goes that right after playing what ended up being Most Thieves' penultimate hometown gig on New Year's Eve with Brandon Flowers & co., the words "rabid young" popped into Rickey's head while looking out at throngs of fans in attendance.

There's something to be said in this particular narrative on the location of Las Vegas. Its inhabitants reflect the various sea changes of the legendary city, each wave of which marks a new evolution in survival. With billboards of Tiesto and Steve Aoki plastered on the sides of casinos in modern times, there's still the history of relative glamour associated with the old Rat Pack days.

Rickey found his place in the Vegas machine and working in the audio department for Cirque du Soleil. With some stability there, his ownership and management of the studio Electric Animal has since allowed his newly formed project, Rabid Young, to hit the ground running. Joined by Kelly Loadman (keys), Jackson Wilcox (bass), Mason Bundschuh (guitar) and Alex Stopa (drums), Rickey has the musical firepower to head in a decidedly more pop direction while looking to heroes such as U2, Prince and David Bowie.

Now signed to Independent Ear, Rabid Young is prepping the release of a self-titled debut EP.

Going back to that timeless Vegas vibe alluded to earlier, the EP's lead single, "Kingdom," is pure pop perfection on the surface. But somewhere beneath lies a darker, knowing desperation. The dancefloor beckons and you meet a pair of beautiful, beckoning eyes, but how many times have you done this before and will do so again?

"We're exploring a broader range of influences in all the new Rabid Young material, and this is my attempt at a 'dance-y' R&B feeling track," shares Rickey.

"The song is basically about when you want something you can't have and play it cool, but really deep down you'd give anything to get close to it. We've all been there."

Stream Rabid Young's "Kingdom" below and look for the EP released on 19 August via Independent Ear (pre-order). Tour dates below.