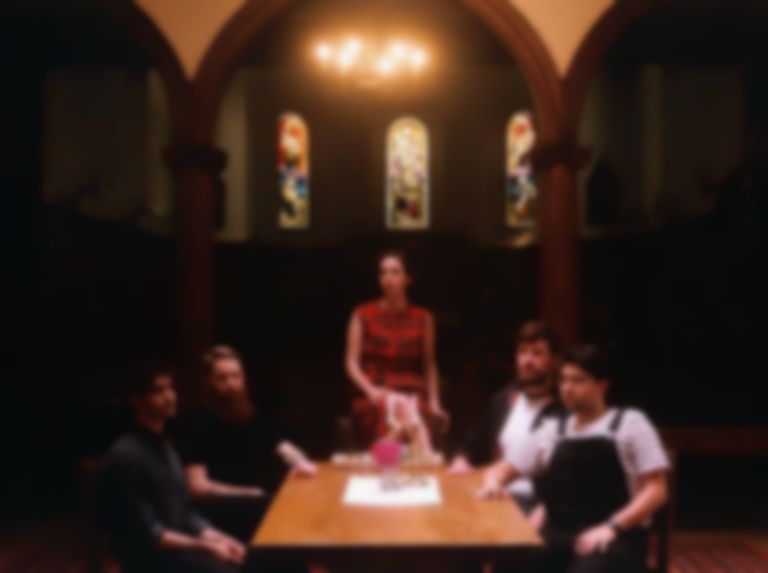 After retreating to the Welsh countryside, armed with only a dictaphone and looper, the London quintet have marked their return with some of their darkest, most experimental and accomplished work to date.

"Little Jack" is a track that explores the making of a potential monster, delving deep into how a concoction of intolerable loneliness and unsavoury fantasies could have potentially disastrous consequences. This is explained further by lead singer Stephanie Davin who says "'Little Jack' is a character study of someone who lives mainly in their own head. It’s about the pains of loneliness and low confidence, and what happens when these mix with naïve sexual desire. I wanted to hint at the potential for harm or even domination."

Although the songs creeps in with a sinister gentleness, it's not long before the angular melodies are cut through by crashing, gutteral guitars that explode into the forefront.

These opposing moods further accentuate the complex entanglement of the themes that are present throughout the song, driving home the message that underlies it all which Davin describes as being about rethinking our approach as a society when it comes to bringing up our children: "Little Jack isn’t a monster, but the song is in part about how monsters - or wolves - are made. We need to rethink how we make, force and mould some children into being ‘men’."

Despite the heavy-hitting themes and dark exploration, there's also a lightness attached to the angular melodies and Davin's stunning vocal delivery which make it an endlessly interesting song where each listen brings with it a new realisation. It's certainly good to have them back.

Post Louis will be playing an acoustic warm-up show with Lokki in the gallery at Stour Space on Tuesday 6 March.