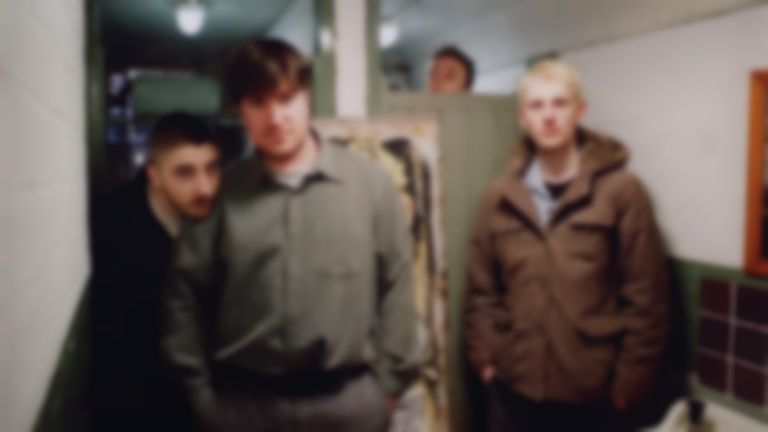 While “The Hopskotch Man” was born from a place of anxiety, Leeds four-piece Party Hardly have turned negative emotions into a compelling release serving as the lead single from their forthcoming second EP.

Opening with guitars doused in chorus effects and joined by low-key percussion, “The Hopskotch Man” instantly captures a distinct, understated indie sound. Off-the-wall lyrics are sung by heavily reverberated yet clear-cut vocals, the delivery giving an almost spoken-word feel to the track.

The consuming anxiety that inspired the track becomes apparent with lines such as “the Hopskotch Man’s telling her to jump” and “this Hopskotch man’s got the boogie on me”, highlighting how the entity has become almost a personification of anxiety. While the instrumentation's upbeat mood draws away from the negative subject matter, the eerie atmosphere of the layered vocals contrasts strikingly.

After becoming bedbound due to reconstructive surgery, guitarist Matt Pownall's mind was plagued by depression and vivid nightmares. Explaining how this influenced the track, Pownall says; "'The Hopskotch Man' is my anxiousness sitting on my shoulder. I would often have very vivid dreams during my recovery and a sinister man would always come and ask me to play a game of hopscotch, knowing full well that I couldn’t walk. The only way I got rid of this recurring nightmare was to look at him dead in the eyes and beat him at his own game. I’ve slept like a baby ever since."

“The Hopskotch Man” is out tomorrow. Find Party Hardly on Facebook.