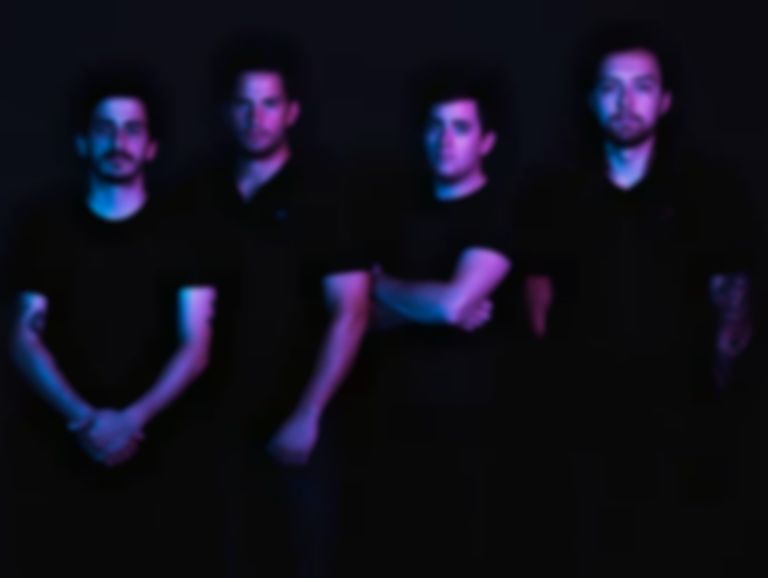 Two years on from Affable & Ready for Small Talk, NYC quartet No Nets are back with their second album Bright Light in a couple of months' time.

Ahead of that, the band led by Sal Mastrocola have unveiled the first taste of record number two in the form of "Dark Matter".

Fittingly for a band made up of punks and (now more grown-up) emo kids the track is equal parts euphoria and unhinged-ness and seemingly made up of about four different songs. Starting out like a 2000s Brooklyn blueprint, Mastrocola's unruly yelp of a vocal (very much Conor Oberst in Desaparecidos mode) drags "Dark Matter" through angular post-punk, brief metal riffing and emo revivalism, never letting up for a breath. It should be a mess but somehow No Nets pull it off.

"Dark Matter" is the sound of a band considering what maturity means to them and their music, and choosing to live for the moment.

Bright Light will be self-released by No Nets on 21 October.