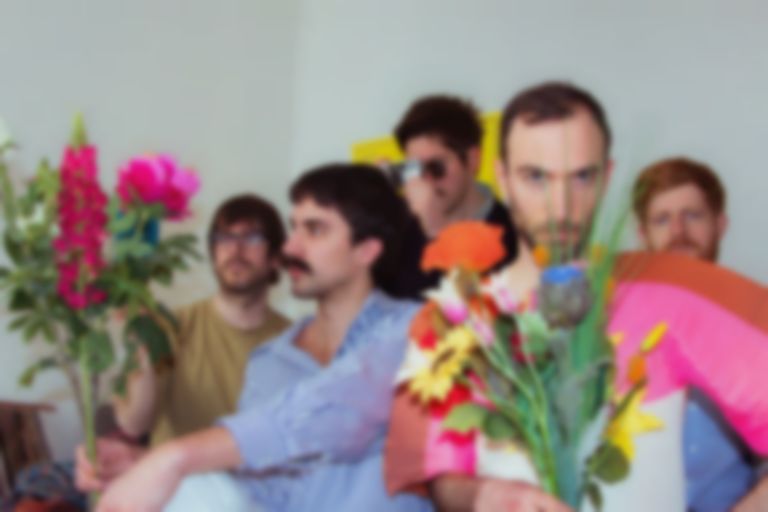 NEWMEN are a band from Frankfurt, and they make delightfully strange krautrock that’s worth travelling to Germany for. Luckily, you don’t have to go that far, as new track "Trivial Pursuit", taken from new album Soft Ware, brings the weird and wonderful to your living room.

A lengthy opening beckons you forwards, whilst a magician/clown/man with a cone on his head displays a succession of seemingly unlinked objects to the camera. Fuzz-laden guitar lines intersperse the minimalist vocals and an underlying synth and bass give a sliver of reassurance as the track delves further and further down the rabbit hole of the bizarre.

Snakes slither, mandolins are manhandled and fruit is held up with indifference by the central character of the video, and all the while NEWMEN’s swirling guitars, synths and drums build, until it isn’t clear what’s real and what isn’t.

Germany might be known for Kraftwerk and techno, but NEWMAN are determined to prove that doesn’t mean they can’t handle a guitar or two. Let yourself be taken in by their visual antics and you won’t be disappointed.