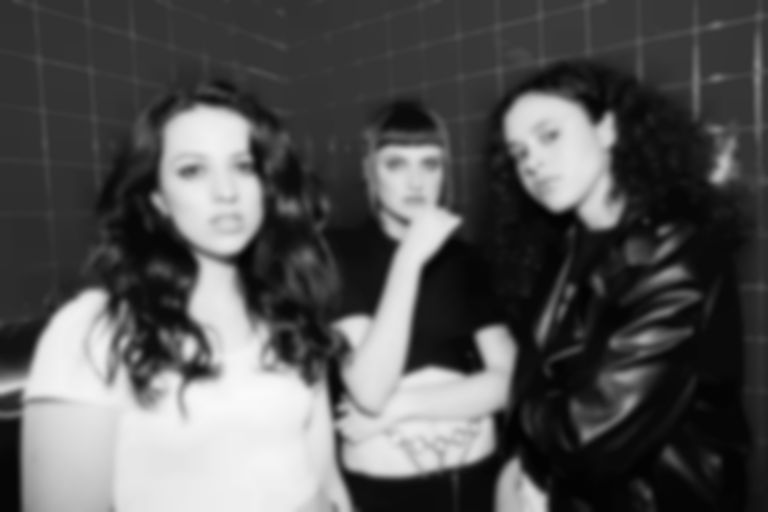 L.A. three piece MUNA unleash “I Know A Place”, an uplifting anthem addressing the important need for safety in the LGBTQ community and beyond.

Taken from their forthcoming debut album About U, the band - Naomi McPherson, Katie Gavin, and Josette Maskin - explain that the track is “the most shimmery, shiny, straight-up pop song out of the bunch.”

The single is a staple in their live set. “It proved to be such a euphoric live experience, and almost serves as a bit of a mantra..." say MUNA. "[it's] incredible to see kids on tour singing along to a song that we haven’t even released yet.”

The new single’s meaning has shifted with time. "Initially, ['I Know A Place'] was a song we wrote for Pride Week just shortly after we had achieved legal marriage equality here in the US. Despite that being a massive political victory and a step in the right direction, we knew that people - not just queer folks and trans folks, but people of color and other oppressed groups were more largely - were still dying due to lack of access to proper healthcare, still being killed by hatred, still unfairly targeted and subjected to violence by law enforcement.”

Filled with harmonies and slick drum programming, it’s the lyrics written by Gavin that really bring home the important message of the track. The need, wherever it is in the world for whomever, for a safe place: “I know a place where you don’t need protection / even if it’s only in my imagination...”

“The song was meant to imagine a place where none of us would need to feel afraid. That space for us, as it has been throughout contemporary queer history, was a dance club,” MUNA explain, referring to the shooting at Pulse in Orlando, with that tragic event reminding the band “that our safe spaces [can] still be violated."

"I Know A Place"'s most recent shift in meaning comes "with Trump’s election and his cabinet appointments and legislative proposals… [taking] on an even deeper meaning for us."

This is not just a single or a song from an up-and-coming band’s album - “it’s meant to serve as a reminder to remain resilient and hopeful and loving in the face of unfathomable violence.”

“I Know A Place” is out now. Grab it from iTunes.