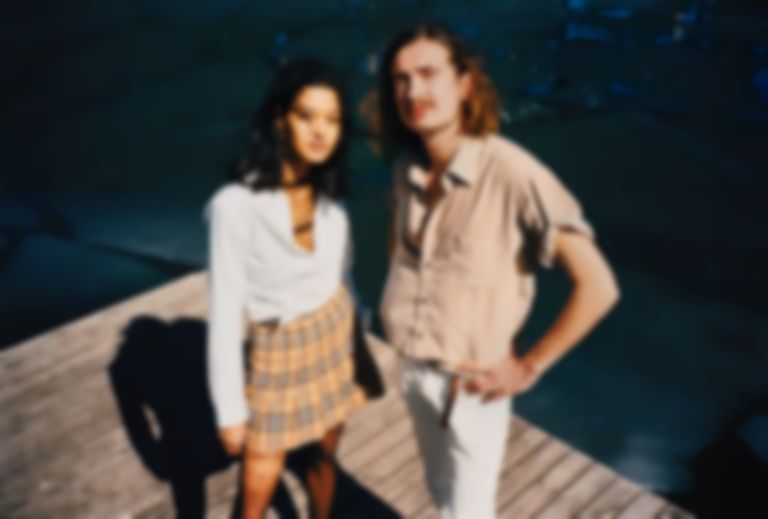 Allow Sweden's Morabeza Tobacco's hazy pop transport you to the tropics with new track "Defenders Of The Glam".

"Defenders Of The Glam" is built on a warped synth melody that fuses chillwave and disco to add a romantic and retro tone to their hazy sound.

Fuelled with lo-fi goodness, the muffled vocals and harmonies of Gustav and Vanilla beautifully merge to add a lustful touch to the track.

Speaking about the track, Vanilla explains, “’Defenders Of The Glam’ is about the feeling of a childhood crush, the feeling when you’re head over heels about someone you saw in the schoolyard or in the lunch line. When the only thing one could do was fantasise and romanticise the day it would finally happen."

Gustav goes into more detail on the instrumentals, "The instrumental is like a homage to Defenders of the Earth, while the vocals tell another story that is more present. "Defenders Of The Glam" was just the project name, which in time felt suitable for the song name. We want to pick up from where the glamorous disco tracks and sensual love ballads started disappearing”.

The youthful and warped, tropical tones are oozing with passion as Morabeza Tobacco dish out summer-infused, candyfloss pop.

Morabeza Tobacco came together after Gustav saw Vanilla performing at a club in Sweden. The duo released their debut "TTYL" back in January, which later featured on a cosmetic advert for Glossier.

"Defenders Of The Glam" is available now via Naiv/ Luminelle.