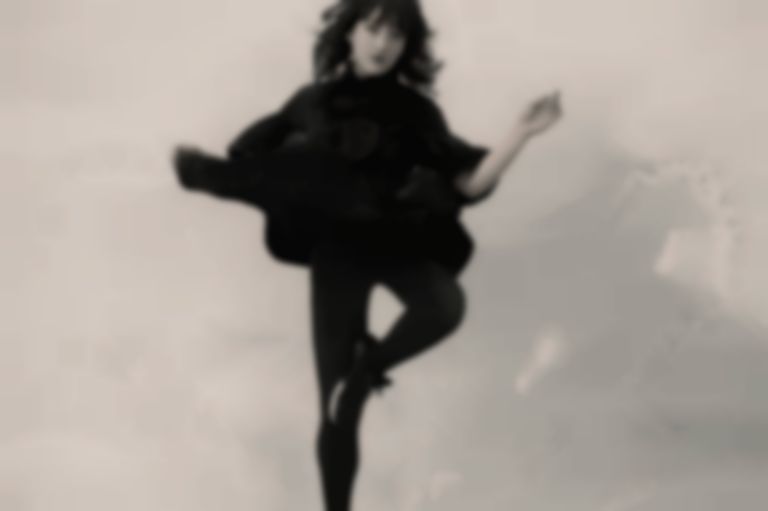 Under the Moonbow name, London producer, DJ and visual artist Eleanor Hardwick has been creating a name for herself with lush and provocative sound pieces that reference packed ‘90s production via contemporary sensory overload - but her first remix is both transformative and minimal.

Taking on MX World’s “Everything’s Fine”, Hardwick adds to the track through reduction, moving the vocals deep into the mix and finessing the moodier moments of the track. Her approach sought to touchpoint the ‘90s trance her parents would play on long night drives when she was a child - she namechecks the Orbital’s “Halcyon On and On” in particular. “But I wanted to add a touch of something more modern and menacing,” she tells us, “which is why I composed the dark, pulsating vaporwave intro to the track, with all of the pitched vocals and creaking arpeggiated drums, before the track shoots off into this energetic vanishing point and ends with building breakbeats under layers of reverb.”

“The rest of the track is focussed around repeating one line from MX World’s original track: 'Something’s been in the back of my mind for years / but I’m too scared to figure out what it is.' It summarises the darker side of the sarcasm in the track’s title."

MX World - aka Poppy Tibbetts - is a massive fan of the resulting remix: “I love the way Eleanor wasn’t afraid to strip back the song and create something much more minimal than the original,” Tibbetts tells us. “I wrote a vocally driven Pop track, with an emphasis on melody and lyrics. Eleanor has brought attention away from my vocals, to the beat, which has completely transformed the track. My embellished and rather neurotic pop song has metamorphosed into something much darker and brooding."

Hardwick’s also a member of the pioneering SIREN, a collective focused on forward thinking movements in dance music. Their aim is to create a safe and immersive space for those who are under-represented in the scene. It was an idea born from a Facebook post critiquing the lack of diversity on lineups in the London dance music scene and Hardwick’s contribution to the conversation led to a deeper involvement. “I was friendly with one of the other members in the collective,” she tells us, “ and had been performing live for a couple of years and had just started producing music on my own. A lot of the ideas of the forming collective resonated with me, I was having a tough time dealing with sexism in the industry, and I shared the same strong desire to carve out a small space in the scene that felt less testosterone fuelled and more inclusive for queer solidarity.

Hardwick’s involvement with SIREN has led to more opportunities for DJing, she says, with a resulting effect on her music: “The direction of my productions has ventured towards much faster BPMs and looser song structures and I’ve been thinking about ways to carry my approach into more club ready tracks, whilst still keeping luscious synths and vocal splices at the forefront of the beats.”

The remix, she says, is also sign of where she’ll take her music next, “fusing the melancholic, sci-fi sounds and song structures of my earlier releases, with now much more dance floor ready undertones.”

“I really enjoy producing tracks which balance something that could only just get away with playing in a club, and something that you would listen to at home.”

MX World will join Hardwick as support for her first London headline show in January (at Birthdays on the last day of the month). SIREN’s next party is on 10 February at Bloc.

Buy the remix via Bandcamp - all proceeds go to Medical Justice, a charity working for health rights for detainees. Follow MX World on Souncloud.