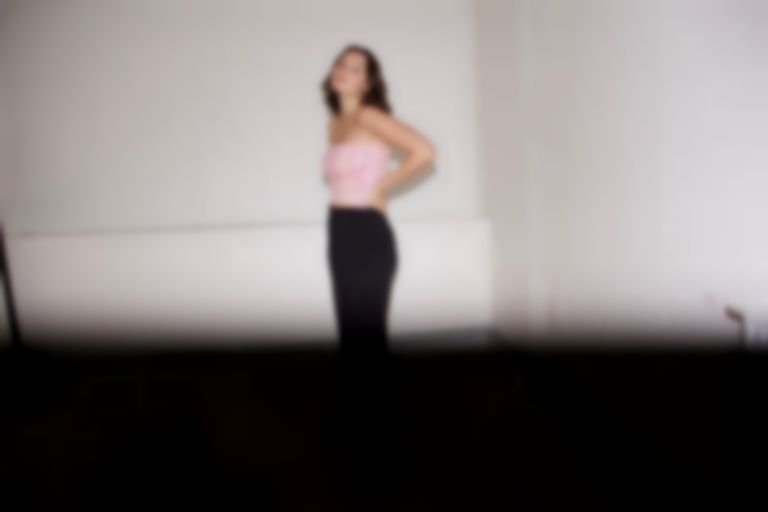 The self-taught multi-instrumentalist started crafting songs aged 14, and is now delivering honest and heartfelt tunes from her Gothenburg apartment.

New outing "no doubt" sees mimi bay get dragged into a negative headspace of comparison, as she reflects tenderly about seeing everyone else moving forward while she’s just trying to stay afloat.

The beat and breezy guitar tones are a fitting backdrop to the heartfelt song, as mimi bay ruminates on falling behind her peers in terms of progression while singing, "Missed my train a while ago I always thought I've been / So sure of everything and now I'm spinning." The jazz-flecked chords ripple with warmth over the minimalist beat, allowing mimi bay’s honeyed vocals to shine while drawing comparisons to the likes of Chloe Moriondo and mxmtoon.

mimi bay says of her new outing, "I wrote "no doubt" fall of 2020 a few months after graduation. Fresh out of school spending my days making music in my studio apartment made me feel a little disconnected from the outside world. My friends starting university and new jobs and this pandemic on top of that made me doubt where I was going and wondering how I was going to get there and if I was doing enough now that I finally could focus on creating."

She tells Best Fit of the recording process, ""no doubt" started with a bad drum loop from the internet. It was a few months after graduation and I had been thinking a lot about my future. My project was moving slowly because of covid and everything felt confusing and so the lyrics came pretty naturally with the four chord guitar loop. I was just in my apartment having fun with the vocals and little synth melodies like always but I finished the structure and lyrics that night which is uncommon for me. I woke up the next morning and played what I made the night before and I liked it. It felt honest and I got all these thoughts out of my system and so I kept tweaking it and got some real drums on it until it felt finished."