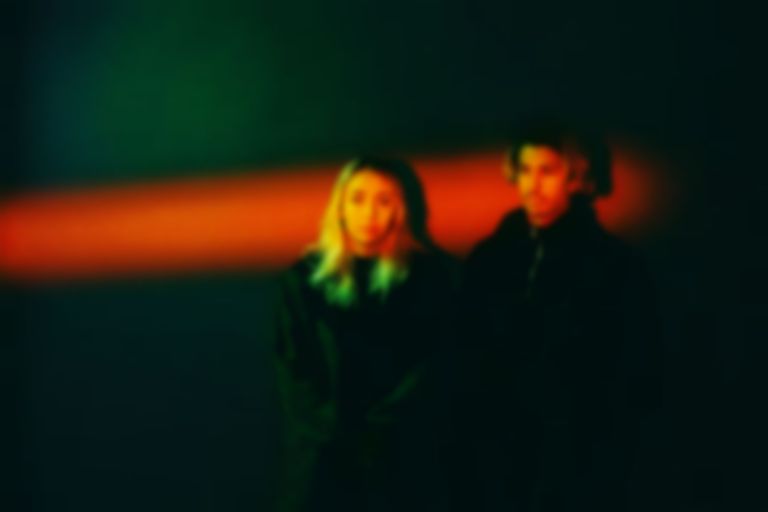 After a serendipitous meeting at an Unknown Mortal Orchestra gig brought Bulgarian-born Ivana Kafedjiyska and Australian musician Robbie Cain together, the pair nurtured their fateful meeting into a potent musical partnership via a succession of basement jams.

One year and two singles following the inception of Micra, the duo return with new outing, “Fuzz Captain”. Their first track to be released this year, “Fuzz Captain” builds upon their existing atmospheric sound by adding a potent electronic edge.

Shimmering swathes of synth and lush guitar tones bring to mind the psychedelic tendencies of fellow Aussies Tame Impala, whilst the hushed vocal of Kafedjiyska conjures a dreamily lucid air that is wholly entrancing. Despite the earnest vulnerability it carries, “Fuzz Captain” strikes a confident undercurrent, one that imbues a clarity that comes with that instantaneous moment of connection when falling in love with a stranger.

“When you meet briefly someone for the first time who impressed you, you’re left to fill in the blanks about who they are as a person. We can get microscopic in the detail,” share the band of the sentiment that inspired their new single. “If you’re not careful you can end up with a somewhat ridiculous and farfetched set of thoughts about a near-stranger.

“The song evokes the collision of hopeful joy and loneliness that can be drawn out of sitting around fantasising.”