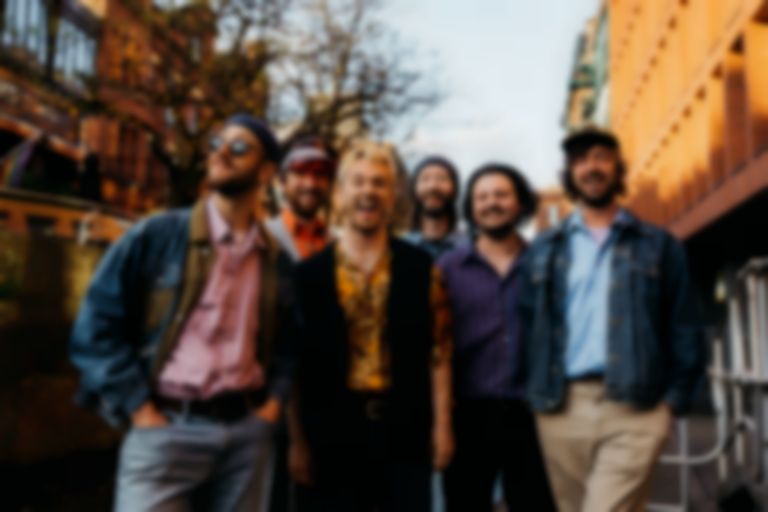 Ahead of their second EP Happy Gathering, the six-piece return, re-examining age-old folk tales via the medium of psychedelic haze.

There’s a certain knack to looking to the past whilst concurrently saying something new, and Melin Melyn continue to nail it. Not only are they flying the flag for a minority language and making it accessible, but they manage to interweave powerful nods to their heritage and still somehow never deter from the music; which continues to soar. Their aim has always been to entice and tantalize rather than intimidate and marginalize.

Thematically, the track could easily have formed the plotline for a whole series of Game of Thrones, such is the impressive nature of Welsh folklore - “Dim son am grawcian cig fran/Na chri yr eryr, yn nunman” (No sign of the croaking raven or the cry of an eagle anywhere).

Lead singer, Gruff Glyn explains, “Nefoedd yr Adar is inspired by a tale from the 12th century about Idwal, a young Welsh prince who was drowned in a lake in Snowdonia by King Nefydd Hardd, who was jealous of Idwal’s beauty and intelligence. Nefydd was banished from the land, and legend has it that the birds that inhabited the lake flew away in sorrow. It is said to this day, that no birds fly over Llyn Idwal and that a wailing voice can be heard whenever there is a storm in the valley."

"Nefoedd yr Adar" is out now. Find Melin Melyn on Instagram and catch them live at Sebright Arms on 29 June.