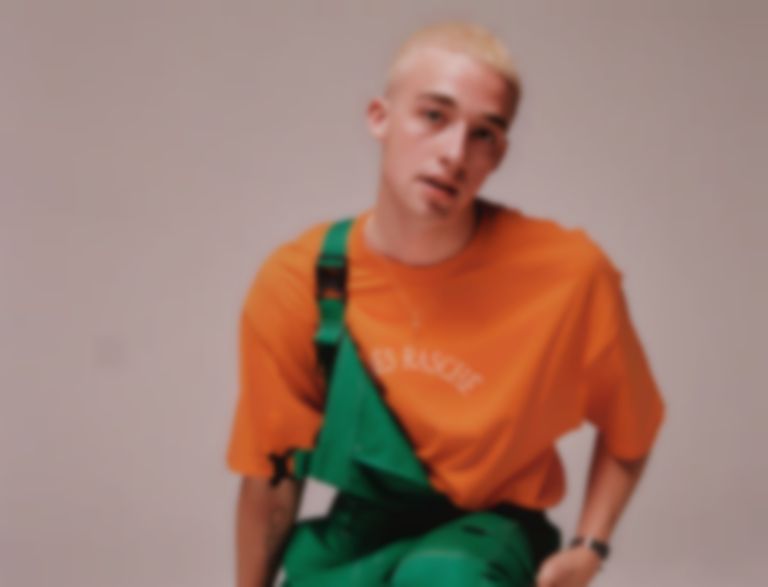 On his latest single, and first of the year, Danish singer/songwriter Maximillian addresses his struggles with growing up head on.

The 20-year old Copenhagen-based upstart has been consistent with his soulful and understated brand of R&B-inspired pop. Between his "draft" track "Heard", arresting live vocal, which is hauntingly showcased in this live session, Maximillian's dark and brooding persona has been building to this point. We’ve all got regrets, big or small, but it’s what we make of them that dictates how they change us going forward.

With "Beautiful Scars" we see Maximillian at his most vulnerable. The sparse sparkling production of the track juxtaposed with the depth and openess of the lyrics once again leaves everything to be tied up by the striking power and emotion in his voice. Sometimes leaving space for mistakes and accepting those mistakes is all we can do to move on.

His mantra, as he so desparetely croons on the new track, is "embrace your flaws." Learning to live with your flaws can be difficult, but it sounds like Maximillian has managed to turn his own demons into something he loves. For the accompanying brief video, the focus is on being tilted, unlevel, off centre as we see Maximillian poised at angle. Stable, but positioned precariously.

“I made a lot of bad decisions" he explains, "hung out with the wrong people and did a lot of things I regret. I literally lived a life on the edge at the age of 13 and [this song] is me facing my life growing up."

We caught up with Maximillian to discuss life as a young, developing artist who’s still learning to harness their creative potential while dealing with the rest of the stuff lifes throws at you.

BEST FIT: When did you first realise you wanted to be an artist?
MAXIMILLIAN: “I started singing when I was four, well that was when my parents noticed I made noises and grabbed the kitchen spoons. I just mumbled, but they noticed I liked making sounds. I had a hard time at school, so I just kept singing, but then I came away from singing after some hard times at home.

What changed, what brought you back?
“After seeing a Pink Floyd concert with my father. As soon as I heard “Another Brick In The Wall”, in that moment: I had lasers over my head and I saw that the crowd was going nuts because this guy is a legend. I thought to myself I wanna do that, I don’t want to be like this… this kid that didn’t work in school and didn’t have a social life, so I decided to snap out of it and recreate myself.”

What happened next?
“I went to this boarding school had some vocal lessons and basic music lessons, disclaimer I’m not a professional musician. So I played some concerts there and when I came home I just kept going, writing my own lyrics. Thinking about how I want to express myself. It’s really easy writing a love song like ‘I love you’ and ‘you love me’, but the personal stuff, that’s the difficult part. It’s a different side of me.”

Is it difficult, on a personal level, for you to write about this, bring those memories and feelings back to the surface?
“Well, I had a difficult childhood. It was hard growing up and I’m still a young guy, but it’s easier now to handle certain situations. I feel like I hit rock bottom when I was a kid. I was all alone and I had to figure out for myself, how do I go through this. I was sad all the time and made a lot of bad decisions. There are still sometimes I get stressed out if I work back to back, suddenly I’ll need a break and I have these people waiting for me, that’s bad for me.”

How have you found being thrown into writing sessions with people you don't know?
“In the beginning it was difficult. That's a thing that has to do with me being a human being. If you get thrown into a big room and put yourself out there tell them that you want to do this, this and this. To take control of the session can be so hard if you've not done that before. My first trip was here, to London, and I had no idea how to do it. I remember just sitting there for half of it doing nothing. That's something I've working on and now I meet someone, as soon as we shake their hand, you've gotta tell a joke, break the ice.”

And now you have people you've clicked with and keep going back to.
“For sure and I've always liked meeting new people. I see them as friends I suddenly work with. It's not like this is our job, because I don't want to see this as a job. I want to see this as a thing I love. I love waking up in the morning and taking an Uber across London, it's not to a job, it's an appointment I have with my friends. Having that mentality really helps the song [that comes out of it] be so much better. You can hear if it's forced. You've got to pull each other up and get the hype going. I want to get one of those Instax cameras, I want a wall at home when I'm like 30 to be covered in photos from all the sessions I've had.”