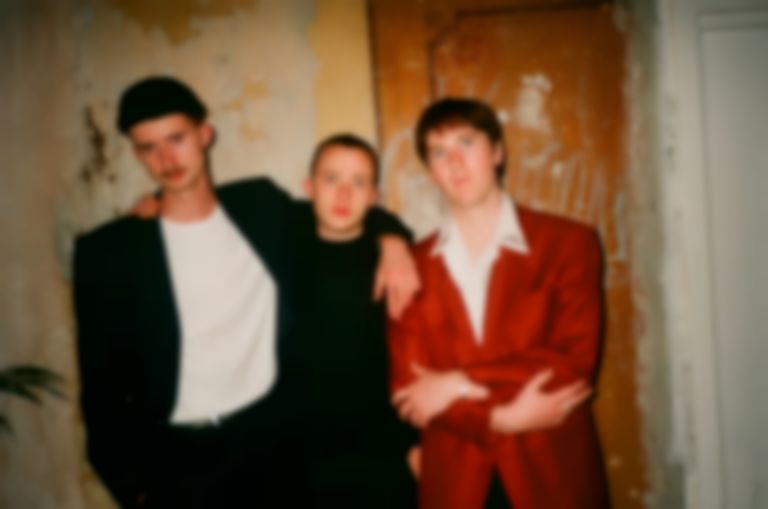 Glaswegian three-piece LYLO take inspiration from almost every genre going on their bizzarely eclectic debut single "You Have Your Father's Eyes".

Jazz, rock, pop, punk and R&B, plus a whole host of other influences can be heard on LYLO's sprawling first release "You Have Your Father's Eyes". The Glasgow-based trio have been honing their skills as live musicians for some time and have mastered that part of band life. They're now ready to share the other side of their work with this, their first single, recorded and produced by the band and mixed in New York by Josh Bonati (Iceage, Wild Nothing).

The single is the first taste of their forthcoming debut album Post Era, slated for release later this year. The band spent most of last year working on the record themselves, writing, self-producing and mixing. LYLO are Justin Allan on drums, Mitch Flynn on vocals and guitar and Jack Seaton on bass. Saxophonist Iain McColl has an almost fundamental role offering his talents to one of the highlights of "You Have Your Father's Eyes", the sax solo.

"You Have You Father's Eyes" is out 7 April via El Rancho Records.