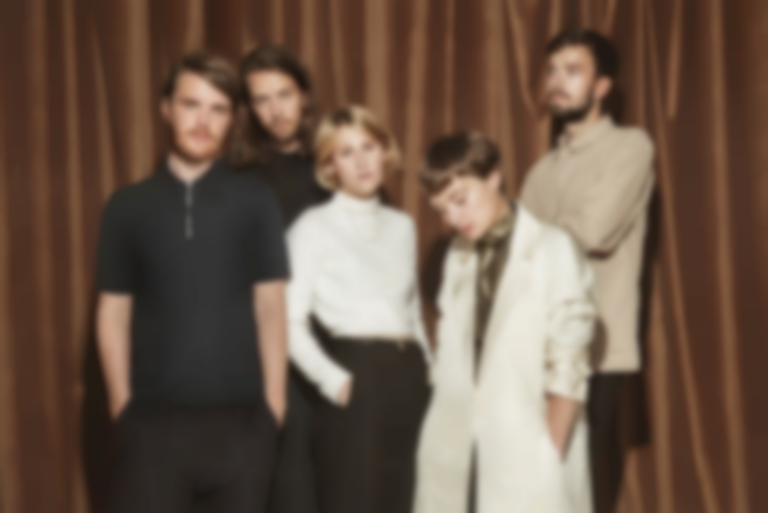 Denmark's Lowly have revealed "Prepare The Lake", a new single from their upcoming debut record Heba.

The track links up with the dreamy wonder of "Deer Eyes" to preview the quintet's debut record, which follows their Sink Way Into Me EP.

"Prepare The Lake" is a propulsive cut, with drums and basslines stealing the spotlight - the band's typically glorious melodies are of course present, particularly in the bright and breezy vocal lines, but it's the overwhelming rhythmic forces that lead the charge here.

Heba is produced with Anders Boll, a frequent collaborator of Efterklang, and is described by the band as "noise-pop, and everything in between."

"Lyrically, we start with abstract, but it can get personal too," says the band's Kasper Staub, who says the LP is named after a friend from Syria. "She moved to Denmark to live with her husband and to be safe from the war in Syria. We are not a particularly political band, but we recorded the album while thousands of people were fleeing and getting killed. The frustration of Europe and our own country being unwilling to help, and bureaucracy being valued higher than human lives, affected us deeply. There are lyrics about that, but also your average love song, which Heba also is a symbol of."