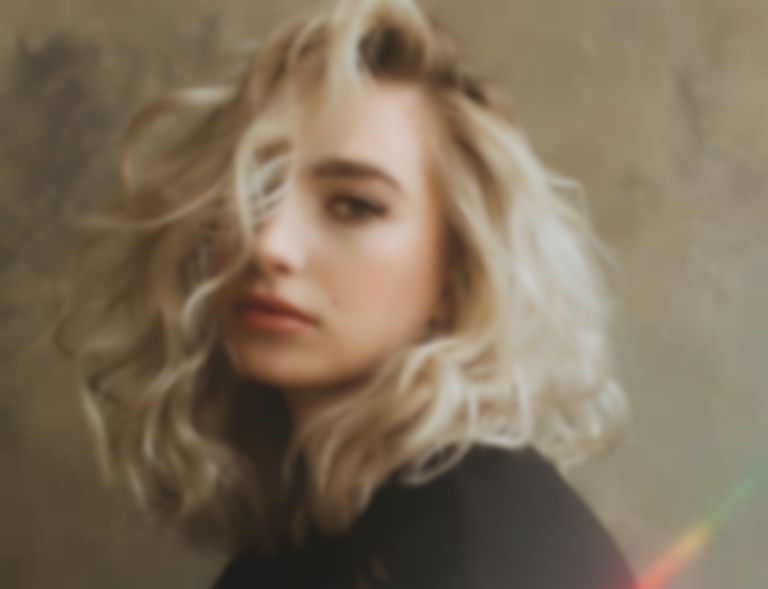 somegirlnamedanna’s first track “hello i am” compresses a perfect pop mission statement into its entire one minute and forty-seven seconds.

With a vocal personality that recalls the early work of Lorde or Imogen Heap, the song is wound round a captivating loop (think Laurie Anderson rather than Ed Sheeran).

The woman behind somegirlnamedanna is actually 22-year old Nashville resident Anna Balfany who first picked up a guitar at age 11 and brings a freshness, relatability and kindness in her approach to music. “We were all born to tell a story and we all tell it differently,” she explains to me. “For me it’s through music, so I am beyond excited to tell mine. The amazing thing about being a songwriter is that when you share your music with strangers, suddenly you’re not strangers anymore. So all in all, I’m just really excited to meet people through a platform that we all love and get to share everything we have in common.”

As a child, the young Anna would replicate melodies and jingles she heard blasting from the radio on her family antique grand piano. Raised in the a remote rural town of Webster, Minnesota (population 2000, and known as the town of “cows, colleges, and contentment”), Anna’s mother exposed her to Tracy Chapman, Joni Mitchell, and Tori Amos whilst her schooling brought out a knack for poetry and short stories, which she’d write on long bus rides home.

“Ever since I was young music could speak to me during times when nothing else could,” she tells me. “I could lay on my bed and listen to 'Fast Car' and everything would feel frozen in time and I would get lost in the lyrics…I was always drawn to visionary lyrics and storytelling. These artists taught me that I could turn pain into something beautiful. ”

These strands came together in the nascent songwriter who was signed by LAVA records founder Jason Flom last year on the strength of her early demos. Written and recorded while balancing her college years - studying business - with a nightly bar-job to pay the bills, she spent all of her free time in the studio writing.

Her love of raw, acoustic songwriters is evident on “hello i am” - as is the influence of her contemporaries - everything from “Chance the Rapper to Jon Bellion, from Vance Joy to Mac Miller and Dean Lewis, and from Maisie Peters to Freya Ridings and Billie Eilish,” she tells me.

“hello I am” actually came together after a drive Anna took with her father: “We had been listening to Queen in the car… it was the most beautiful day out, right after California had been getting lots of rainfall. All the hills were green. I was doing what I usually do when sitting in a car for hours: writing in my (now iPhone screen) notepad. However, this day was different - I wasn’t writing a story or a poem about someone else I envisioned. I felt like I had a story to tell from my own life, and I envisioned someone interviewing me.

“I wrote sixteen verses of pure truth from my life and how I was feeling, how I grew up, how I viewed relationships. I named the song Interview.”

Hooking up with David Quinones from songwriting collective The Writing Camp in a LA studio, the song was shortened to a 1:47 second introduction and re-titled as "hello i am".

Releasing at a difficult time for the world, Anna is positive about music and its potential to keep the world connected to each other: “We need music more than ever during a time like this,” she tells me. “I’ve been listening to everything lately, and I’m so excited to hear what’s going to come out this year.” What’s she been listening to lately? “Matt Maeson, Celeste, Gracie Abrams, and Keshi…[and] I’ve been a massive Billie Eilish fan for the last year and that’s definitely not going away anytime soon.”