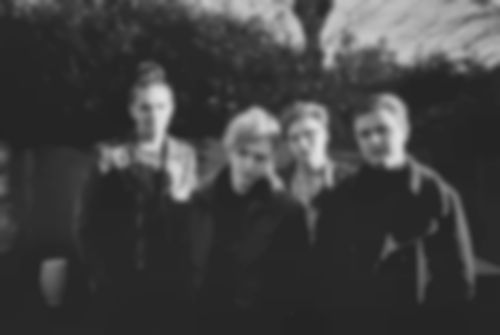 Although Reading indie-rockers Sundara Karma have been whipping-up a buzz through support slots for Peace and Swim Deep, they’re now ready for the spotlight. “Cold Heaven” is the debut sip of their tropical-pop goodness.

Certainly influenced by the B-Town bands they’ve been supporting, their debut single is as lush as it is anthemic; a cocktail of chanting vocal-hooks and melodic guitar. Its real appeal comes in its quintessentially summery sound; replacing the newspapers and soggy sheets that are currently plaguing the streets with an unabashedly multi-coloured and ice-cool cocktail umbrella.

Considering what happened after Swim Deep released a similarly huge-sounding single on Chess Club Records this time last year, 2014 is shaping-up to be sky-scrapingly massive for them. We’ll be raising a cocktail glass.

“Cold Heaven” is released on 10 March via Chess Club Records. The band plays The Great Escape on 10 May and this year’s Dot To Dot Festival (23 – 26 May).