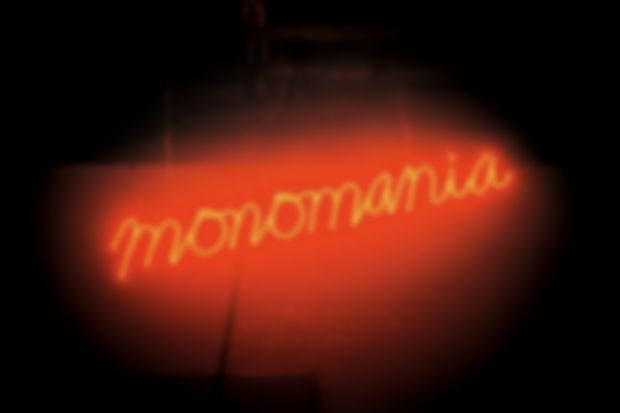 Deerhunter have unveiled the first cut from their highly anticipated album Monomania, expected to drop on 6 May this year.

‘Monomania’ is defined by the group themselves as “a form of partial insanity conceived as single pathological preoccupation in an otherwise sound mind”. Speaking in 2011, Deerhunter frontman Bradford Cox said the following of its impact, on his musical obsession:

And so perhaps suitably, the track itself is a completely engulfing descent into its own punky squall, breaking down into its desperate self as it circles the plug hole of Cox’s obsession, over the video’s strobed flash of the neon sign on the album’s cover, and the frontman’s shout of the track’s title. It’s a purgative, joyous revel that over the course of its five minutes touches all the hallmarks that have made Deerhunter one of the most important alternative US bands over the past decade; infectious melody, dynamic noise, and the thrill of their escapist turn on pop music.

As the wash overwhelms itself as the track ends, there’s a quick sigh of excitable relief. It sums up the elated flush you feel after the visceral ecstasy of an experience that you can’t resist doing all over again. The band are at their best when the line between clanging aggression, and the beauty of concise pop gem feels brilliantly blurred, making this a very promising taster for the direction of the album.

Give the track a listen for yourself below. Monomania will be released on 6 May in the UK, and 7 May in the US, on 4AD records.

The tracklisting for the album is as follows: