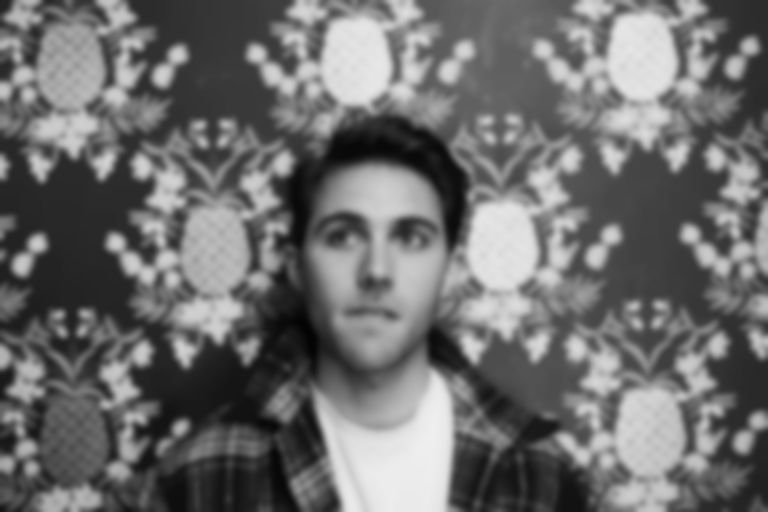 Jonathan Something presents a track that is full of bright riffs and a colourful surrealism that will blind you with its brilliantly infectious, and often nonsensical, lyricism.

The Connecticut-based artist - normally known as Jon Searles in everyday life - verges on the edge of the completely obscure on "Outlandish Poetica", the title track to his upcoming album. In the song, he dramatically recalls the events of an intriguing nightmare in which he is ambushed and robbed by Celtics legend Larry Bird and the 86' All Star basketball team.

Yet, the most attractive part of Jonathan Something's outrageous song is the way he stands the lyrics up against an impressive canvas of bending, intertwining riffs that swirl in such a way that he constantly pushes you off balance.

The metallic percussive undertones that ring out in the background only add to the colourful nightmarish situation, yet beyond all of the obscurity, there is a real pop sensibility pinning down the main vocal melody. It's utterly irresistible, like a dream you wake up from in a cold sweat but kind of want to return to in order to work it all out.

"It was just one of those tunes that sort of came to me," Explains Searles of the track's origins, adding "I wrote it on my dad's boat on our way home from this place called Block Island. The intense humming of the engines sort of puts you in this meditative head space that I really enjoy for writing. I was just jamming on the guitar riff and that first verse, as weird as it is, popped into my head. Then from there i tried to just follow the natural narrative flow and it somehow brought me to the coda of Larry Bird stealing my money."

Jonathan Something's upcoming album Outlandish Poetica is due to be released in August via Solitaire Recordings.