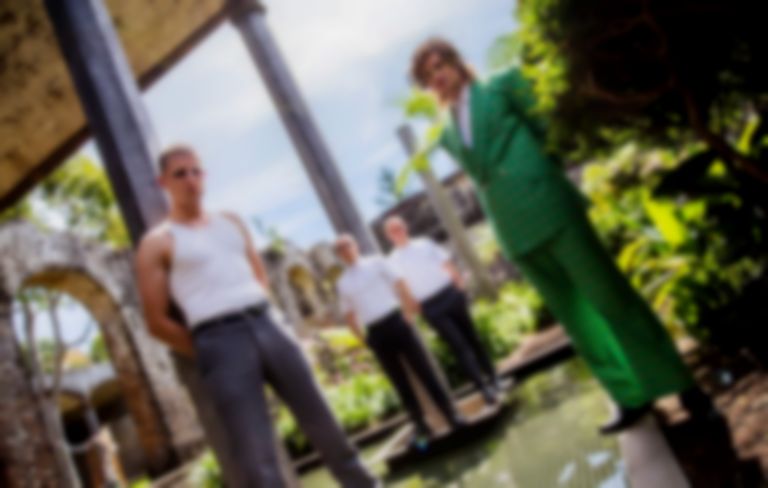 A couple of months on from their melancholic single "The Floor", Sydney-based four-piece Johnny Hunter emerge from the darkness with a new passion for existence on "Life".

In July Johnny Hunter returned with "The Floor", a dark and vicious representation of what it's like to be at your "lowest point". While the heavy track saw the band reflect on the "acceptance of responsibility", the Sydney-based band have since crawled out of the pit with a new sense of optimism, which fills their latest offering "Life".

Speaking about their new song and how it compares to their previous outing, lead vocalist Nick Hutt says, "I used the phrase 'to find life' as my own pursuit of happiness. As it is the ultimate end and purpose of our existence. Finding life comes through the embrace of change, it comes in the pursuit of virtue, in the balance of a new day. As opposed to "The Floor" which is a legitimate dumpster fire of an ego death. "Life" is hope and promise, it’s the morning after, it’s fresh air."

Hutt, who also worked as bartender "as a means to survive whilst pursuing my artistic endeavors", spent time during the pandemic reflecting on his job, and how the pandemic had a hold on his income and ability to perform. He explains, "I saw it as this place where people came to die, where their last shot at happiness was found in a glass. The idea suffocated me (along with the stale stench of beer in the carpet) and I started appreciating fresh air as a means of escaping the dilemma I faced."

Hutt lists a "shared love for [David] Bowie and anything post be it Joy Division, The Cure, The Smiths, Souxsie and the Banshees, Nick Cave, Talking Heads" as some of Johnny Hunter's influences, and on "Life" the band embodies the spirit of many of those names through hammering basslines, a cantering rhythm, and the bold, anthemic vocals of Hutt.

"Life", Hutt tells me, was "co-written alongside Al Wright from Cloud Control (someone who had been the soundtrack to my teenage years) on the dramatic cliffs of Scarborough NSW", and was born from the group coming out of the first lockdown in Australia and being "full of hope and willing to go anywhere". He adds, "It took me two hours by train to get to Al so I spent those two hours reading The Book of Longing and writing the bones of the song. The process was wonderfully organic."