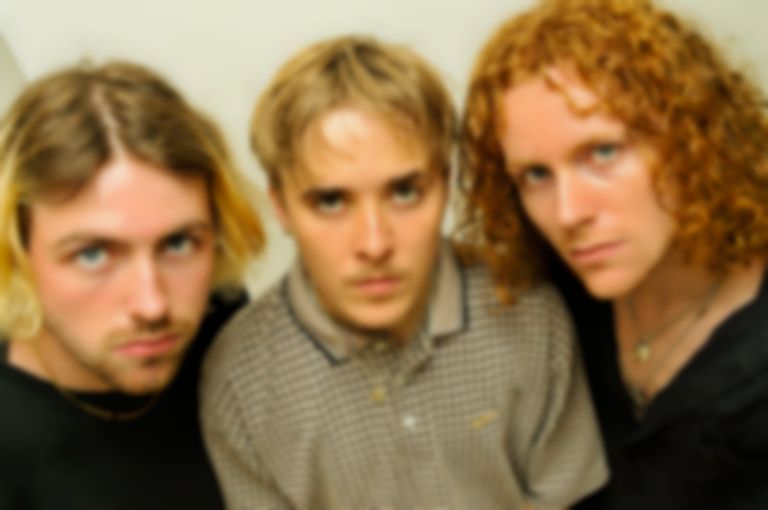 Drawing on elements of Radiohead and B-Side Frank Ocean, London-based trio Jacquard Looms return with their brand single “Where I Belong”.

“Where I Belong” is a far cry from the band's previous, more hip-hop orientated work; which was especially prominent with the release of last year's Too Cold 2 Snow EP. Minimal in its instrumentation and driven by haunting, harmonized, echoed vocals, “Where I Belong” is a showcase in experimentation, from a band unafraid to alter course on a whim.

“It was the combination of where our music was heading at the time and our collective inspirations, which seemed to come from nowhere and come together for that one evening,” the band explained of the track’s origins.

"The elements of the song seemed to come out of nowhere pretty quickly,” they tell Best Fit, “Tommy had this line about “wasted on the sidelines” which was the spark. We had a rhythm that wasn’t quite working, but after messing around with this skiffle beat, we found the direction changed and it all just happened. It's actually fairly minimal compared to the heavy layering of our previous releases. But we just went with it and it helped us to find and define this fresh sound that we love."

Jacquard Looms is made up of friends Tommy, Spike, and Joey. The three-piece quickly amassed a following through their inspired combination of trap-inspired beats and bilingual verses, with members jumping between their London accents and Spanish bars on a whim across tracks such as “BITE” and “Your Ugly Heart” - two tracks released in the run-up to last year’s aforementioned debut EP.

As well as the single itself, “Where I Belong” is accompanied by a music video composed of short vignettes of passing young Londoners. “Our idea for the shoot was completely reliant on members of the public, and we just loved meeting all the amazing people,” the band said of the video that’s tenderness in capturing their subjects finds people at their most natural.

“Where I Belong” finds Jacquard Looms taking on a whole new sound and refining their own distinct voice. Time will tell whether this is merely a passing phase or the start of a whole new chapter in the outfit’s history but based on quality alone, let's hope it's the latter.

"Where I Belong" is out now. Find Jacquard Looms on Instagram.