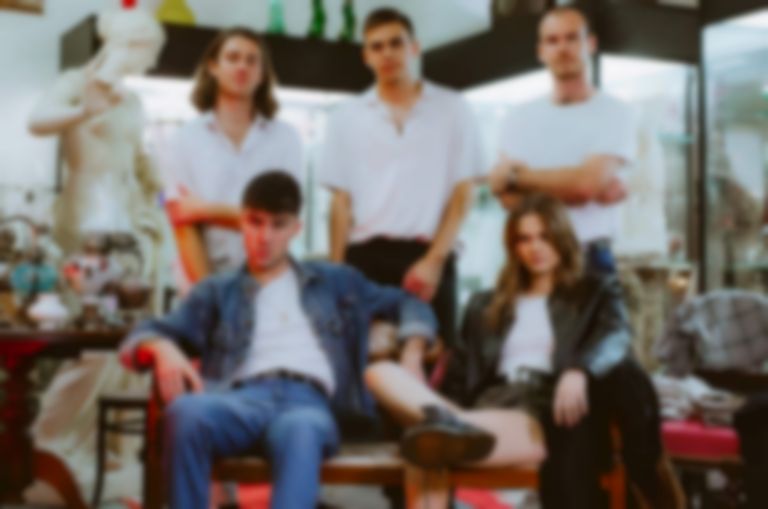 IVEY have been on the rise in their native Australia for the last few years, with a sun-flecked left-field pop sound that connects them to a loose new scene following the lead of bands such as Confidence Man.

Originally formed early this decade as a trio barely in their teens, brothers Lachlan (Guitar/Vocals) and Matt McGuffie (Drums) plus lead vocalist and childhood friend Millie Perks fleshed out to a five-piece when things became serious, scoring a release on Kitsune last year 2018 and a Triple J endorsement to boot. They also just played at this year’s BIGSOUND in Brisbane, as part of the Gold Coast showcase.

“Talk Talk” sees their ascent to quality UK indie Lucky Number. “We’re really stoked to have them on board at the moment,” the band tell us. "The team over there have such an ear for cool music and to be amongst talent like Middle Kids, Darwin Deez, Dream Wife and Hinds is pretty mind boggling. We’re just a small band from Australia and to see that our music is connecting with people is really, really cool."

The track - which drops as part of a double A-side with "Bodies" - is about the moment of realisation as you enter into a new relationship: "The excitement and the caution, the fascination and the comparison… [it] reflects on personal experience and moments in our lives that were filled with these kinds of feelings."

The video for "Talk Talk" comes courtesy of Melbourne based creative Mickey Mason. "We really wanted the 'Talk Talk' video to show off our playful side, as we wanted some of our personality to come across, and wanted to use beautiful old affects to capture it,” the band explain. "Mickey is such a creative energetic force. He did everything himself, directed, filmed and edited. [He] wanted to create this quick French cut vibe so it was all shot on a Super 8 Camera. We had limited takes of everything which made the day and a half of shooting just feel really exciting, which really suits the energy of the song.”