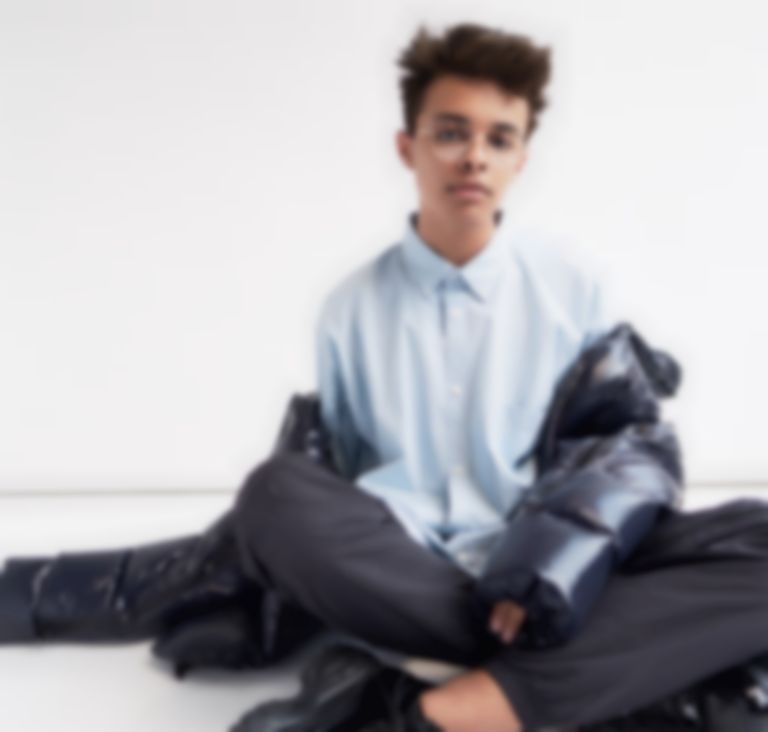 Having skirted the edges of the internet with his Soundcloud uploads, such as the harrowing self-produced "suicide" (tw: lyrically graphic) in which Dunbar tells the story of two people - he explains in the song's description there's "the person who is killing themself, and the person who is convincing the person not to."

"freshman year" sees Dunbar question the stereotypes of high school cliques, his own self-worth his existing relationships and the ones he's cooked up in his head. While filled with doubt and insecurity, there's a glimmer of hope as it is in fact only his first year, acknowledging the space and time he has to grow, answer and address his narrative of anxieties.

"I'm too young to take life by the wheel" feels particularly poignant, referring to his inability to drive due to his young age, it really nails the sense of fear you're plagued with when growing up that the world is this massive place, and surely you can't be in charge of your own destiny quite yet.

Dunbar is sure to join the ranks of Khalid, Billie Eilish, Clairo, Cuco and the like, as a champion for the generation raised by the internet documenting torment, turmoil as well as the occasional glimmer of happiness when it does crop up through their wistfully-crafted melodies and existential outlook on today.

"Freshman Year" is out now.