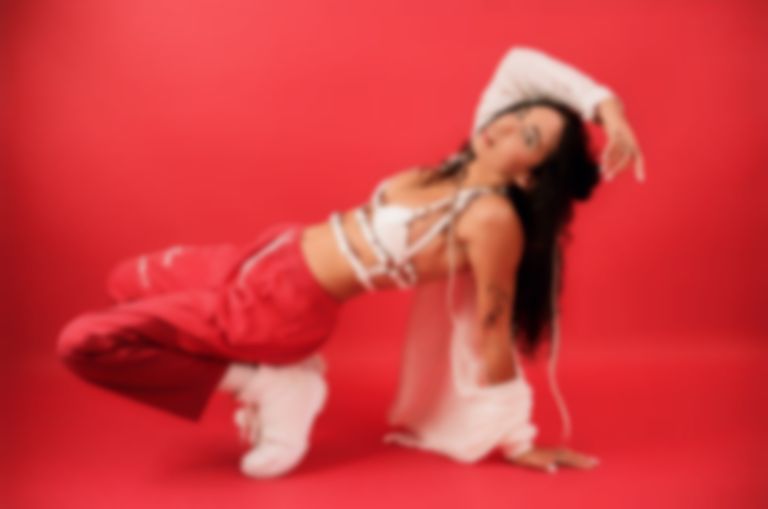 Indigo De Souza treads an artful line. A nexus of vulnerable, confessional, and sometimes melancholy lyricism enveloped in brash alt-bops, her indie-pop tendencies are visceral. Now, with less frenzy than previous offerings, De Souza proves her prowess on “Hold U”.

Releasing via Saddle Creek and following on from her self-released debut LP I Love My Mum – which received its own reissue via her label home earlier this year - “Hold U” kicks up a bassline heavy backdrop. Initially brooding with whisper-sung vocals, the track maintains the directness that underpins her songwriting but doubles down on the hooks.

With a magnetism that's headier than your typical indie-pop record, “Hold U” marks De Souza’s strengths as a dynamic performer. In the accompanying music video, we are treated to an electrifying trip from bedroom to nightclub, where her friends singalong and dance freely under iridescent lights.

Falling into a rewarding jam-worthy anthem within the latter half, “Hold U” captures De Souza’s vibrant nature. It’s an experiment that sets the tone for her rising status and offers a promising glimpse of what to expect from her sophomore album Any Shape You Take, which is partly self-produced alongside Brad Cook (Bon Iver, Big Red Machine, Waxahatchee), and due to land on 27 August.

“I wanted to write about a really simple kind of love that isn’t necessarily romantic, but that is just about holding space for other people to fully express themselves and to feel celebrated. Just simply seeing someone in their humanity and loving them,” shares De Souza.

“We are constantly evolving and we only truly have space to process our lives openly if we feel safe and are encouraged to love ourselves and celebrate our bodies. I am really blessed with the sense of community that I have in my life, and I wanted to highlight that in this video. Community is the purest kind of magic and can heal so much trauma and pain. We all just want to feel truly held by the people around us!"

Continuing to discuss Any Shape You Take, De Souza says “I wanted this album to give a feeling of shifting with and embracing change. These songs came from a turbulent time when I was coming to self-love through many existential crises and shifts in perspective. The album title is a nod to the many shapes I take musically. I don’t feel that I fully embody any particular genre—all of the music just comes from the universe that is my ever-shifting brain/heart/world.”

“Hold U” is out now via Saddle Creek, with Any Shape You Take set for release on 27 August. Find Indigo De Souza on Instagram.