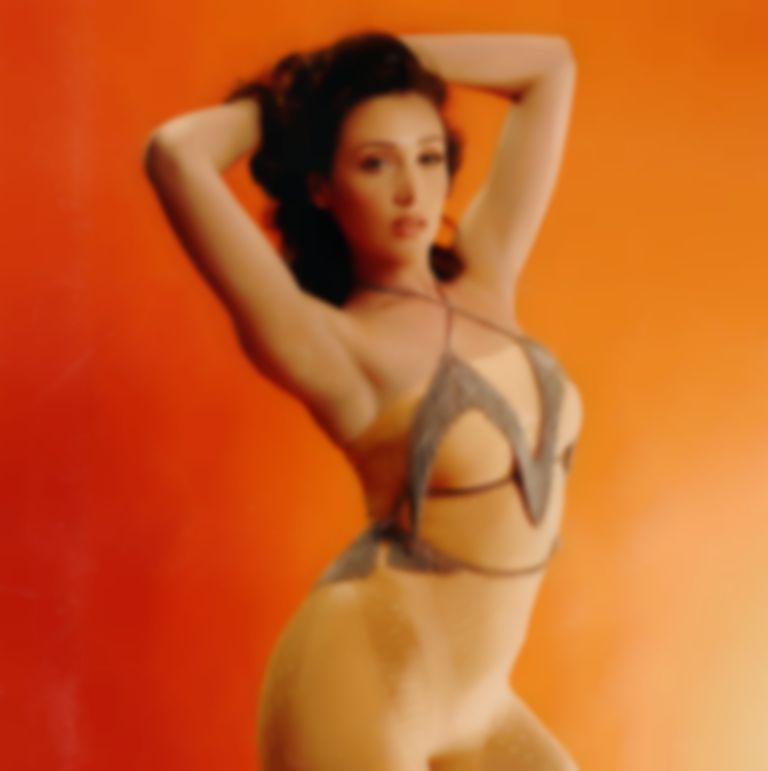 Saturated in the textures of early disco with a bouncing electronic bassline and sensual, soaring vocals, HARLOE’s “PWR RNGR” is a lesson in self-confidence and braggadocio.

HARLOE, a New Yorker raised amongst the shared cultures of her Ukrainian and Romanian family, first rose to prominence in 2019 when she featured on Robin Schulz’s “All This Love”. Before jumping in front of the mic though, HARLOE had spent several years earning writing credits with artists such as Ne-Yo, Charli XCX, Ella Mai, Kelly Clarkson, and Britney Spears.

Throughout this period, HARLOE continued writing and releasing her own music, with a string of singles soon capped by last year’s release of her debut solo project River Runs Dry. Relying on her emotive, soulful vocals, the project pulled at the heartstrings as she recalled tales of early relationships, failed pursuits, and career unrest throughout its run-time. Since then, HARLOE’s run of releases has continued, including collaborations with the likes of SAK PASE and producer Latroit.

“PWR RNGR” and its predecessor “Liquid Truth” have marked the start of a new era for HARLOE, with the sparse instrumentation of her previous works replaced by a far shinier and sleek aesthetic, both visually and sonically. It’s the work of an artist unafraid of putting herself out there, trying new things and experimenting with whatever genre or influences catch her fancy.

Bolstered by a guest verse from Chicago rapper Mick Jenkins, the track is a celebration of strength while harking back to some of the most prominent pop-cultural hallmarks of the 2000s – particularly in “PWR RNGR”’s accompanying music video.

“PWR RNGR' is a celebration of feeling strong and confident in your own skin," HARLOE explains of the single. “Feeling like a teenager with crazy passion and excited emotions, all because you let your guard down. It's that balance between allowing yourself to be vulnerable but also self-assured. Sometimes it feels so good to let go”.

"Growing up, I was obsessed and inspired by the fashion in the MTV era of music videos,” HARLOE continues to explain of the video, directed by Tyler Cunningham. "'Case of the Ex; by Mya was everything to me. The denim and texture of the outfits mixed with the metallic tones and the choreography laced with so much attitude was literal perfection. So many of those early 2000s videos stuck with me and shaped my creativity so now I’m so excited to have created my own.”

"PWR RNGR" is out now. Find HARLOE on Instagram.