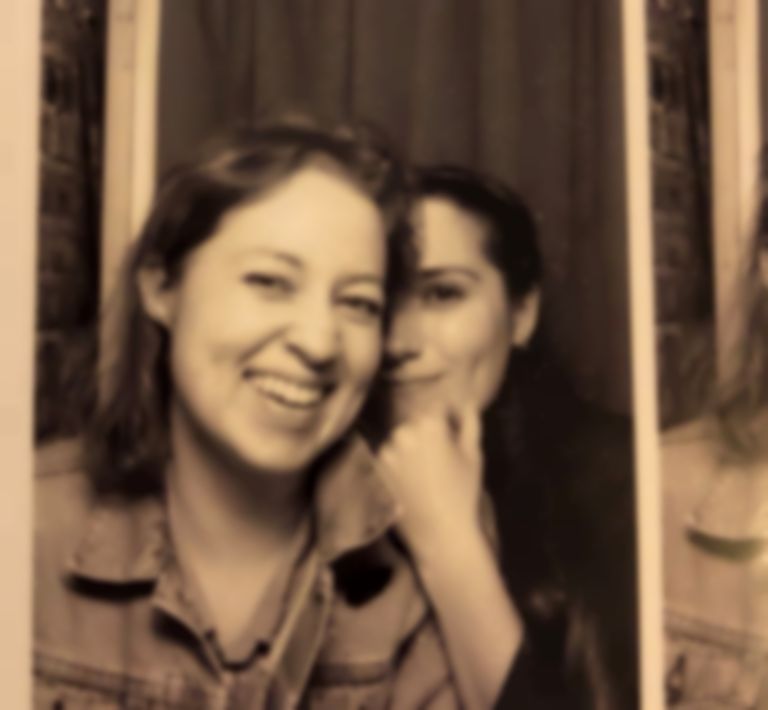 Chicago singer-songwriter Isabel Olive, otherwise known as Half Gringa, has collaborated with Gia Margaret on her latest single "Afraid of Horses", taken from her upcoming sophomore album Force To Reckon.

The new track from Half Gringa features harmonies from fellow Chicago artist Gia Margaret, with her voice lying beneath Olive’s to elevate a composition already packed with meaning. Guitars quietly chug and the drums meander, while the bass churns impatiently, echoing the tension that influenced the track; particularly as violins tangle with it all, becoming more pronounced as the song progresses.

This tension is a look into Isabel Olive’s state of mind as she grapples with some difficult self-reflection. The track is, Olive says, intended as an apology to another person, but it also sees her explore the complicated feelings within herself that come in the wake of this. It’s not altogether transparent, this rumination; more an unwinding knot of uncomfortable ideas to reckon with. “Lying under covers, I heard the worst versions of loving another person,” is one such thought, perhaps the song’s most powerful line.

The track builds into a poignant end section where this tension is released - not explosively, but with a satisfying slow burn. Olive and Margaret’s dual vocals intertwine beautifully, leading the song to its conclusion. “I don’t know your feelings by their first names," the pair sing in the song’s closing line, ending it ultimately with a sort of surrender to the idea of never fully understanding another person.

Speaking of the track, Olive says, “It's an apology to one specific person. But the more distance I get from writing it, the more I realize it's also about trying to understand my own emotional landscape and its power. It scares me a little, but I'm also in awe of it, in the way that nature is awesome and beautiful and scary. It's like trying to understand my own nature and honor and respect it without letting it terrify me. I wanted the arrangement to feel like it's really getting you to run away with it, and I asked Gia if she'd sing on it because of how different our voices are - together, they sound like a lot of the duality I feel inside.

"The first time I played this song live it was with Gia! We both had solo opening slots at the Empty Bottle in the summer of 2018. At my show, she sang harmonies on Horses, and from that moment I knew she also needed to be on the recording," Olive says of the collaboration.

“In 2018, Izzy showed me a new song she wrote called 'Afraid of Horses'”, says Gia Margaret. “I rehearsed it in my apartment and we sang it on stages here in Chicago (when you could do that sort of thing!). It’s something that effortlessly became a part of my repertoire and will always remind me of such a specific time in my life. It’s a song that makes the heart sink both in lyric and melody and spins you into the swirly dark abyss that I’d liken to loving someone. I’m happy that I get to live in it in its final form."

"Afraid of Horses" is out now, and Force to Reckon will release 28 August. Find Half Gringa on Instagram and Gia Margaret on Instagram.