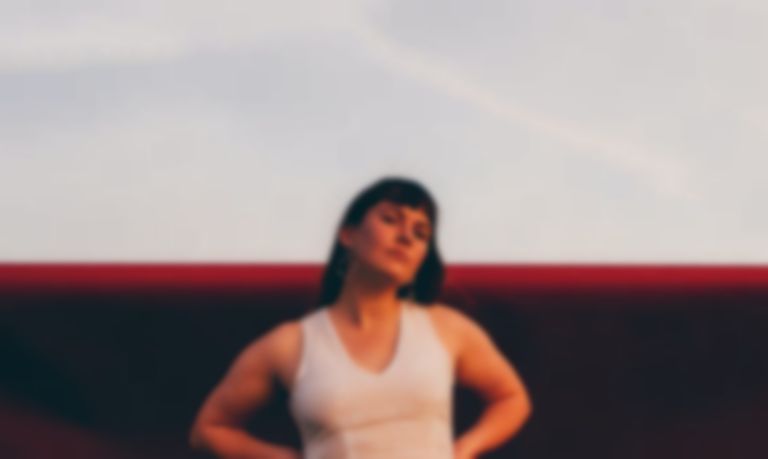 Freya Roy teams up with South London’s DEACON for an eerie, thought-provoking track about new beginnings.

Anticipation isn’t necessarily the most represented of emotions in music. There are plenty of love songs, plenty of triumphant songs, and of course sadness, melancholy, or despair have no shortage of artistic interpretations. But songs about waiting aren’t necessarily what we think of when we think about driving artistic emotions. Anticipation is a complicated feeling—as anxious as it is exciting - and, uniquely, Freya Roy gets to exactly this feeling in her newest track "Day Is Done".

For Roy, this sounds moody and dark. Through vocal pitching, distant and immense harmonies, and glitchy synth parts, Roy creates a sense of eeriness and manipulation. The lyrics are tense too, the first line being “I blame it on the morning sun,” heightening the sense that Roy is uncomfortable with beginnings. “It represents a turning of relationships and navigating through dark times,” says Roy. In a sense, it’s about the feeling of change being in the air. And it sounds like an oncoming storm; there is humidity to the song, a choking effect.

The track came during a period in which Roy was experiencing a change of pace, in which she found herself ruminating on a track with the same title. “I chose to name this after hearing jazz-pianist Brad Mehldau’s rendition of "Day Is Done", originally written by Nick Drake… I played it a lot when I was navigating a wrist injury and had to take a break from music.” Notably, these tracks have a similar palette and feel, Mehldau’s version of the Drake track being just as stormy and restless as Roy’s new song.

The choice to include a feature from DEACON also came about through a period of pensiveness as Roy continues, “I had an instrumental break in the middle of the track which sat empty for months before I thought to introduce DEACON. I have wanted to work with DEACON for ages, I love his tone and lyrics, and I loved what I first heard when he jumped on with his feature.” DEACON raps about the complications of a relationship, one in which he feels unsure of every move, and questions each and every decision.

But don’t let this spookiness get to you; Roy’s "Day Is Done" is as fun as it is uneasy. In Roy’s words, “it reminds me of pulling through a particularly difficult stage in my life,” which means, there is an end to the tunnel of anxiety that this song lives in. Ultimately, this song is about the beauty of anticipation—the promise of something better—despite whatever difficulties are between yourself and that destination.

"Day Is Done" is out now. Find Freya Roy on Instagram.