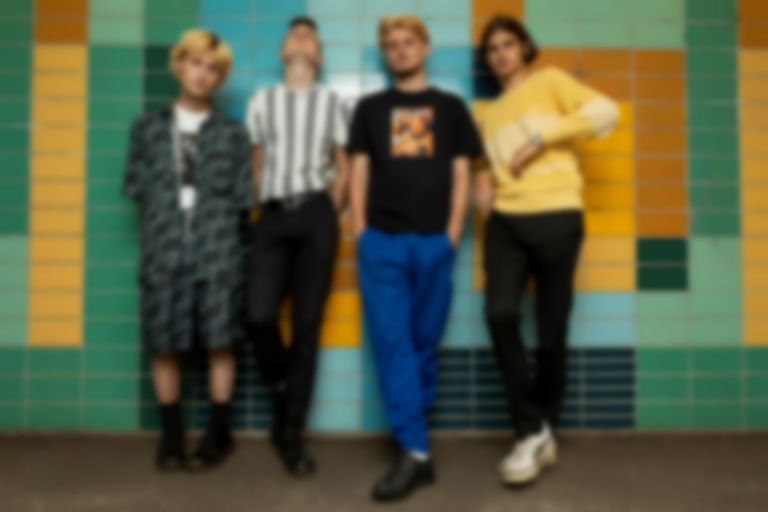 The track – which has JAWS and Crystal Fighters producer Gethin Pearson at the helm – sees FLOWVERS harness the musical powers of gigantic '90s sounds, but run them inside a trojan horse of circa 2013 indie of Peace, The 1975 and the like to create the indie chorus of the year.

Despite FLOWVERS' youthful exuberance that runs amuck in and around the track's foundations, “She Don’t Talk About It” illustrates a band that are festival-ready. Frontman Matisse’s elegantly coarse vocal traipsing along an unforgettable riff carefully created, while the thumping yet intricate drums set up a stall for the musical backbone that carries it further into the indie-dance realm.

The band revealed: “'She Don’t Talk About It' was always a weird one for us. It came in as one of the first tracks we wrote as a band, but fell by the wayside. When we started working with Gethin he immediately took to it and he helped set a path to take it from the funky chords and small ideas we had. It all came as a great piece of quick inspiration and Matisse wrote most of the verses twenty minutes before we recorded it.’

Having secured support slots with Another Sky, Black Honey & more, it may be early for FLOWVERS, but the sky is most definitely the limit.

“She Don’t Talk About It” is out now. Find FLOWVERS on Instagram.