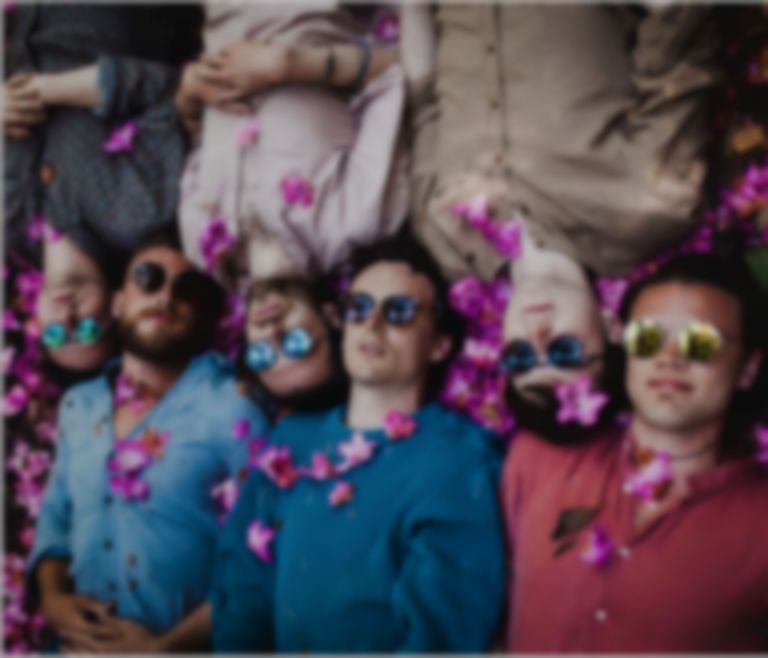 “Ganki” is undoubtedly a nod towards Fat Pablo’s desired soundscape as they encompass intricate licks, rhythmic riffs and synthesised textures.

The past six months have been a whirlwind for dazzling Dublin 6-piece Fat Pablo as they reach their third single release of the year. Frontman Dave Barrett kicks off the track with the same effortless control over his vocals as Perfume Genius executes, but soon morphs into the band’s more experimental alt-indie fashion.

“Ganki” is perhaps the band’s most polished track yet, with a notably shining and more confident structure. Dabbling in more psychedelic notes, Fat Pablo juxtapose woozy lyricism with moments of heavier riffs as a backdrop that's embellished by twinkling keys.

Fat Pablo add fuel to the fire of the Irish music scene, with reigning indie-punksters Fontaines D.C. at the forefront accompanied by singer/songwriter rising stars such as Sinead O’Brien and Dermot Kennedy. Fat Pablo have all the ammunition to be propelled forward by the industry’s captivated gaze. Although not necessarily matching the abruptness of their name, Fat Pablo’s progression clearly projects an exciting potential into the band’s trajectory.

“Ganki” is out now. Find Fat Pablo on Facebook.