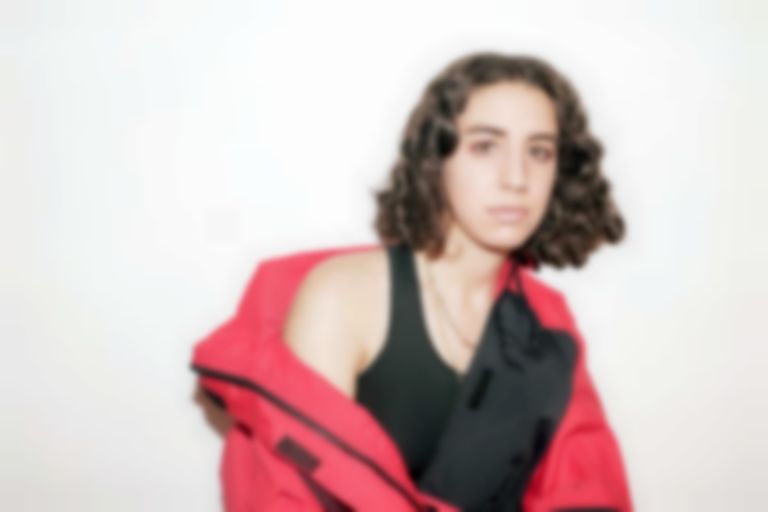 Dominic Sen is the futuristic alter-ego of songwriter, producer and artist Alex Cohen, and “Atalanta” is taken from her forthcoming project. It sees her develop a world that she hopes will encourage listeners to immerse themselves in the nuanced narrative.

Laced with gentle acoustic guitars, minimal percussion and Dominic Sen’s sweet-toned vocals, “Atalanta” is a gorgeously upbeat track, one that becomes increasingly layered as it progresses.

As the second verse bursts to life, the bass, percussion and twinkling synths take centre stage, building a textured soundscape that builds to summery, optimistic tones, filling the track with a sparkling aura.

“Atalanta” returns to its more minimalist beginnings for the start of the bridge, with catchy vocal hooks sung over funky guitars and synths that build in intensity as the song reaches its crescendo.

Speaking of the meaning behind the track, Sen explains; “'Atalanta' is a wishful reimagining of the myth of Atalanta, a kind of musical fan-fiction meant to give a more fulfilling ending for the woman at its center. Atalanta is portrayed as a skilled warrior who resists marriage because of the understanding of the chains it will place on her. She is confident in her physical abilities, to the point she uses them as a bargaining chip to fend off suitors. However, she is ultimately forced to marry because a man, Hippomenes, cheats in their footrace.

“In this version of the story, my character Tal Naata shares a similar origin to Atalanta. She was raised outside of our society and thus holds no concept of gender inequality nor internalized misogyny. While she struggles to adjust to a world and, eventually, a romantic partnership where sexism often rears its head, Tal gets to make the choice that Atalanta didn't have. To choose her freedom, though the process is a challenge and comes with personal sacrifice. Figuratively speaking, Tal's final Earthly prey must be the object of her heart's affection.

“The song ultimately delineates a turning point in Tal's journey to reclaim her worth and autonomy as a woman. By willingly departing from the known world, she rejects a love and a society that cannot see her as whole."