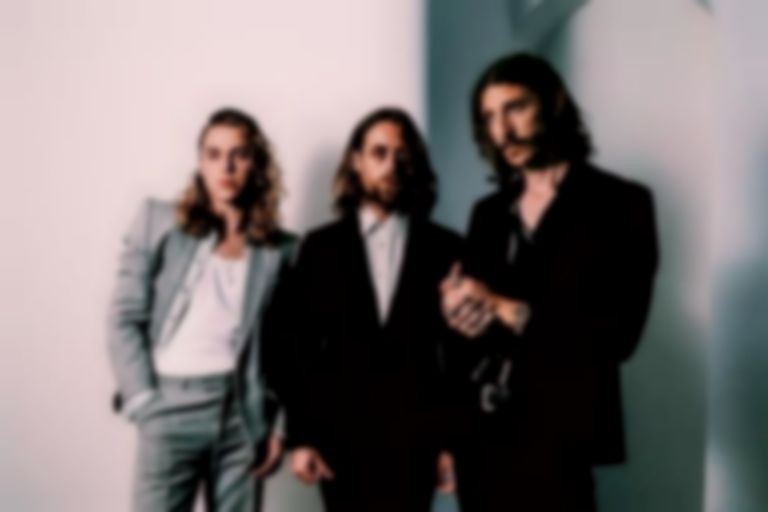 The garage-rock trio from Brighton via Newcastle return with infectious floor-filler “Autoportrait” ahead of conquering Europe with Royal Blood.

Wild and unfettered, Demob Happy mine noise from painstakingly laced-together guitars, with drums providing an insistent, tenacious heartbeat. The staccato pace sets “Autoportrait” as an undeniable head-banger, which will prove to be a livewire when performed.

Speaking of the track, frontman Matt Marcantonio says: “I had the title before I'd written a word, but it forced my hand into writing something more honest than I ever would, like coercing a confession out of myself over insecurities I'd rather deny”.

The song’s crescendo is a morass of sound, the strings snarling like a rusty switchblade. Once again, Demob Happy prove that they are a force to be reckoned with.