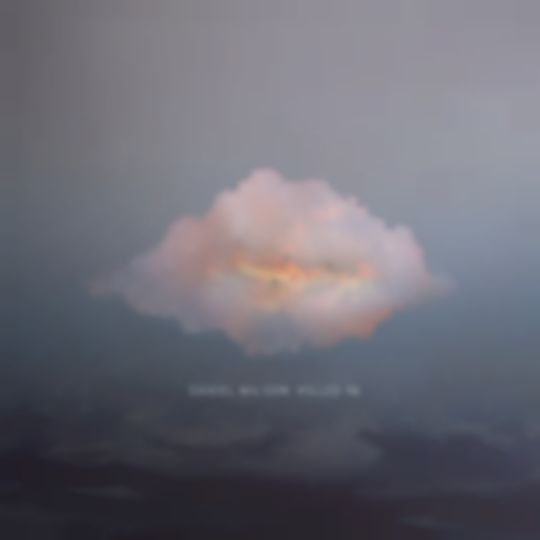 Let me be honest: I find it impossible to be objective when it comes to Daniel Wilson. I’m biased because he was one of the first artists I ever covered for Best Fit. I’m biased because he has roots in Ypsilanti, Michigan, just a short drive from where I live in Lansing. It’s a place that is at turns magical and brutal during its long winters; it must be lived in to be understood. I’m biased because he released four of my favorite songs of 2014, the four tracks that make up his debut EP Young Rubbish.​

But mostly I’m biased because of a moment. It was months ago now—there was still snow on the ground, and my wife and I were still frantically preparing for a wedding that has since come and gone. You spend so much time making seating arrangements, picking out flowers, and then that day comes and you wish it could last forever, but it’s still just a day in all the ways that matter. It’s the greatest day, but it’s still only 24 hours.​

Those months ago, we prepared meals quickly and we ate meals quickly. Between work and wedding planning, we were overwhelmed, and I think we sought some kind of solace in hyper-efficiency. But we always listened to records over dinner. By the time Wilson’s debut was nearly done that night, we were already putting dishes in the sink. When the titular closing track came on, we stopped rinsing our new plates and we danced. And when I held my wife and rocked her back and forth, I was flooded with some inexplicable emotion tied to commitment and mortality, to staying young forever. We were outside of time, untied and unconcerned with hyper-efficiency and weddings and work. I think I’ll remember that dance for the rest of my life. And when an artist gives you a moment like that, it’s hard to be objective.

Which brings us to “Killed Ya”, Wilson’s latest single and the first peek at a new EP tentatively set for Autumn release. Fans of Daniel Wilson, Sonic Architect—the man behind the epic minimalism of “Will You” and “Please Dream Again”—may balk at the driving, radio-ready beat behind his latest offering. They may shy away from the catchy-as-hell chorus or the supernatural synth flourishes that recall Danger Mouse at his height.

But I hope “Killed Ya” can be seen for what it is: the latest experiment in a long series of experiments, a spectacular soul song that blends Wilson’s powerful vocals and retro phrasing with futuristic instrumentation to create something entirely new.

When an artist releases a new song, it’s tempting to ascribe some sort of narrative to the event. We describe it as “a departure from their previous work”, or “a return to their roots”. The artists are on an upward trajectory or they are on their way out. But artists themselves rarely think about the narrative of their own work; in this way, they operate outside of time. They write the songs they want to write when they want to write them. It’s only later, looking back, that they succumb to the narrative around them, giving in to what’s established or creating their own.

“Killed Ya” is a song that Daniel Wilson wanted to write, and it’s a very good one. It’s released today. Trajectories and narratives only make sense in retrospect. They’re rarely built in only 24 hours.